Úbeda was strategic at the same time as Baeza, and was made a UNESCO heritage site in the same year, 2003. Like Baeza, it fell into decline in the 18th Century, but enjoyed an industrial recovery in the 19th, so the monuments are mixed in with more modern constructions. As everywhere on the old frontier between Ferdinand's influence and the Moorish areas, there are evocations of the reconquest, here a cafe whose name recalls a battle neither Google nor Wikipedia even know about. 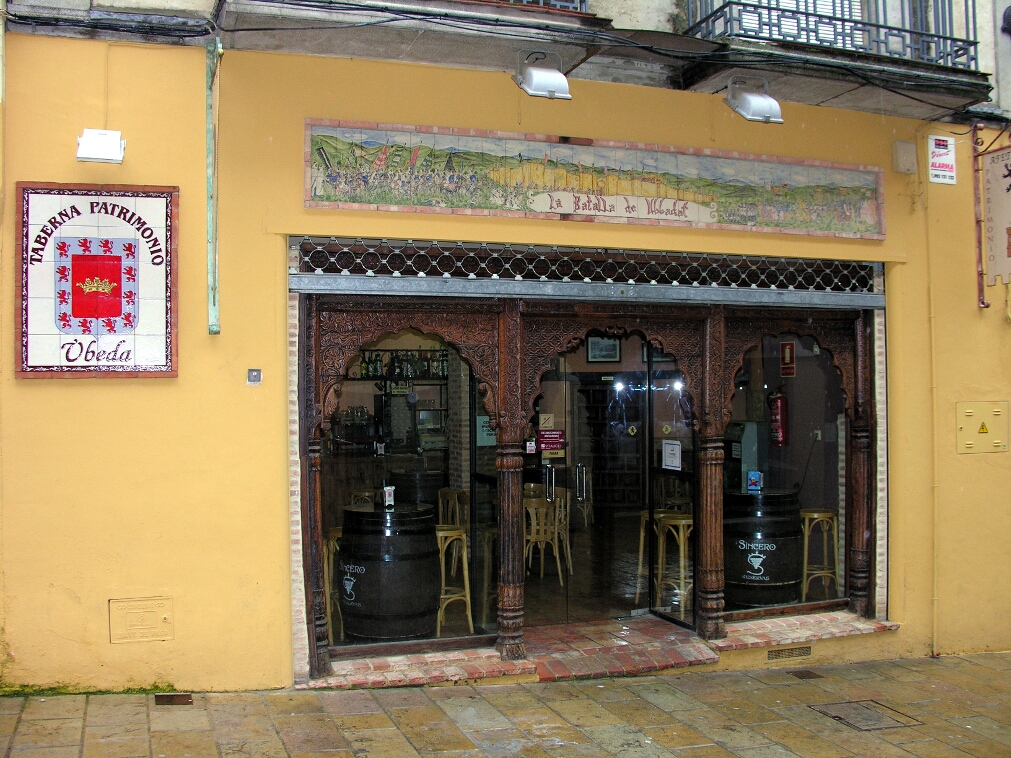 The city's architectural masterpiece, the Cathedral, was closed for restoration. www.tripadvisor.com says they have been going on for 25 years, and no one has any idea when it will reopen; I think I can guess which contractors they are using!. 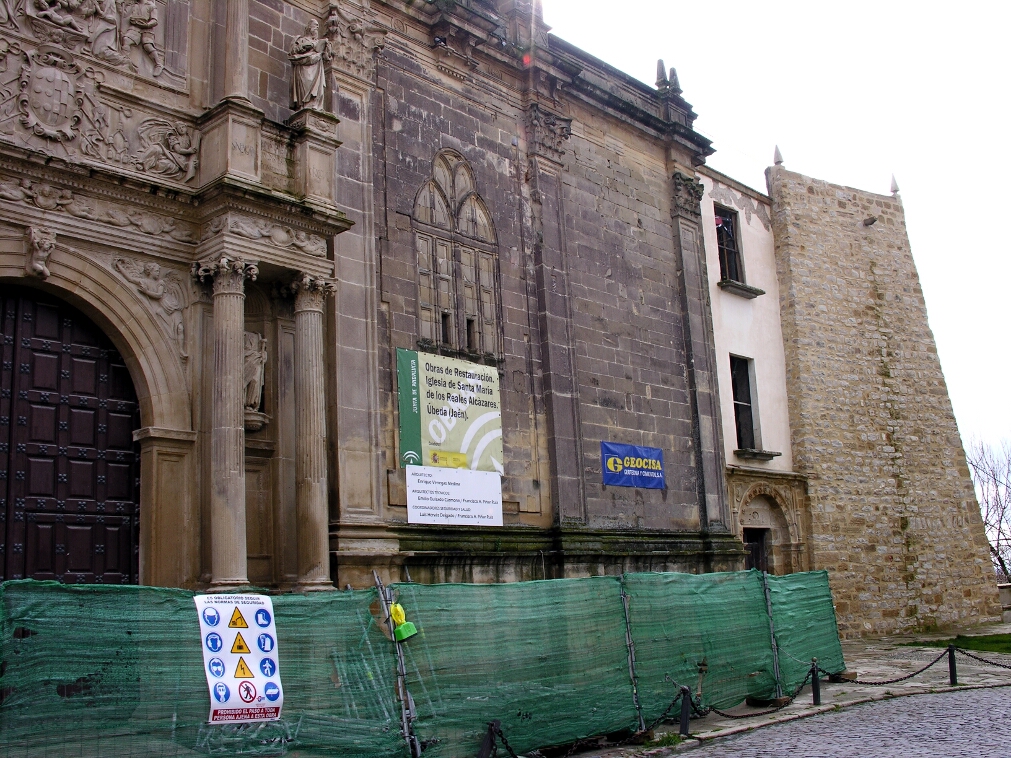 The next most remarkable church in Úbeda was Vandelvira's Chapel of El Salvador. 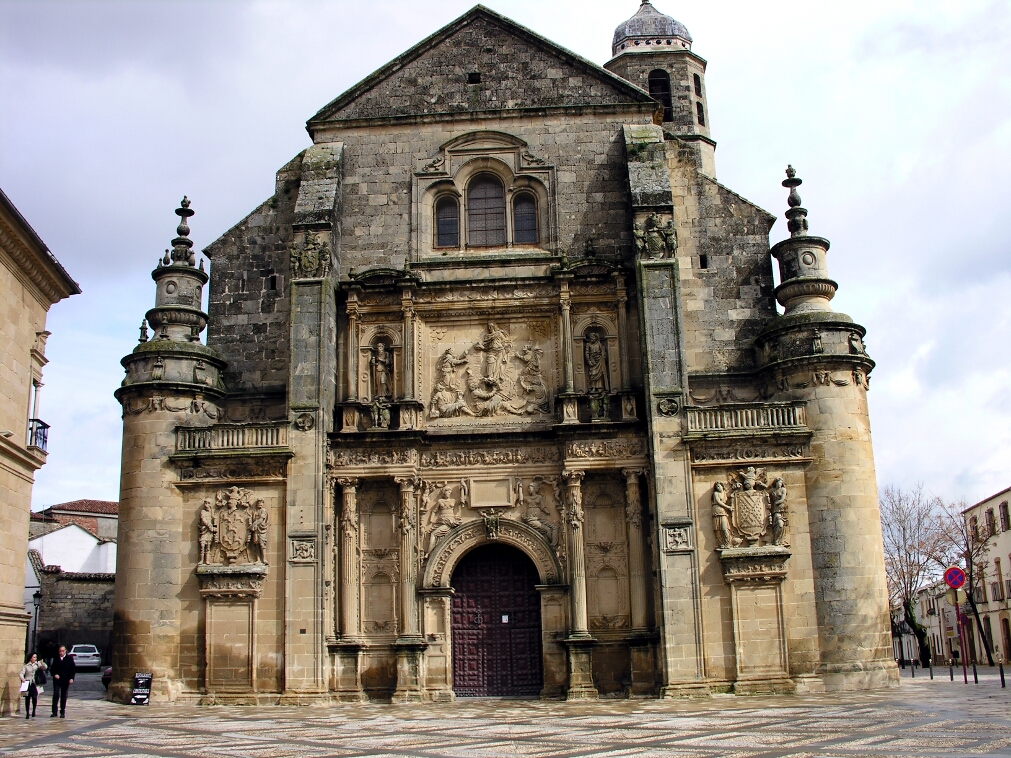 Guess what? It was lunch time, so the church was shut :-(

Next to the Chapel, the Parador, The Palace del Dean Ortega. It was constructed by Francisco Ortega y Salido, who was the Dean of the Cathedral of Malaga and chaplain of the Holy Chapel of El Salvador. Unfortunately Ortega died before the building was completed. The building was constructed in the middle of the 16th century and the architect was Andres de Vandelvira. 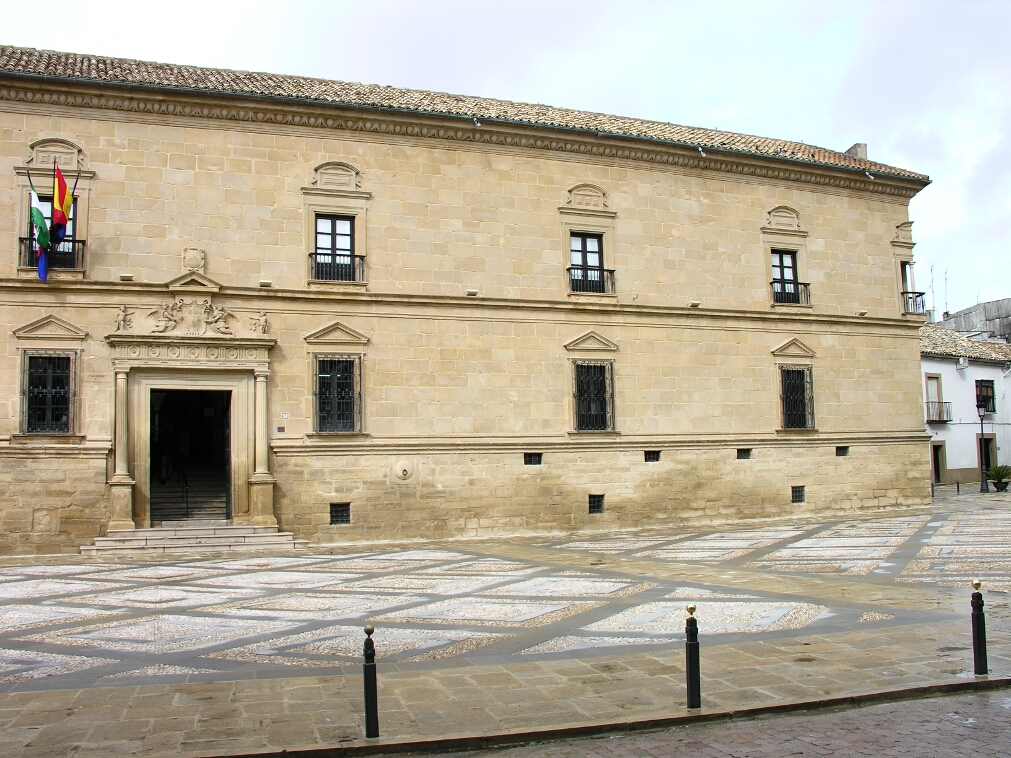 Another of Vandelvira's (I did look up his wiki entry to see whether he might have Flemish origins, but there is no mention of this) buildings is the Vazquez de Molina Palace, aka the Palacio de Las Cadenas (from the chains which hang under the windows?), now the town hall. Here from the Plaza Vásquez Molina, onto which the Cathedral, Chapel, and Parador all look. 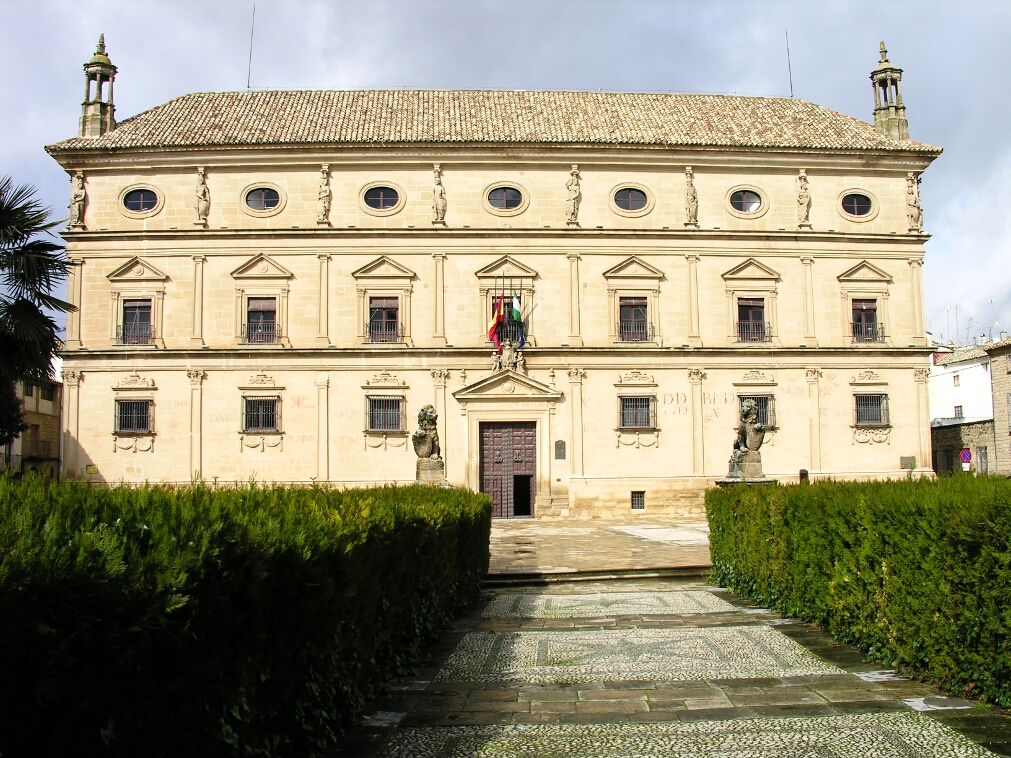 And here, betraying the fact that it can be cold in winter, even in Andalucia, is the interior patio. The patio is huge and has one central fountain, and a double arcade with arches that have a Mudejar design and the marble columns have Corinthian capitals. 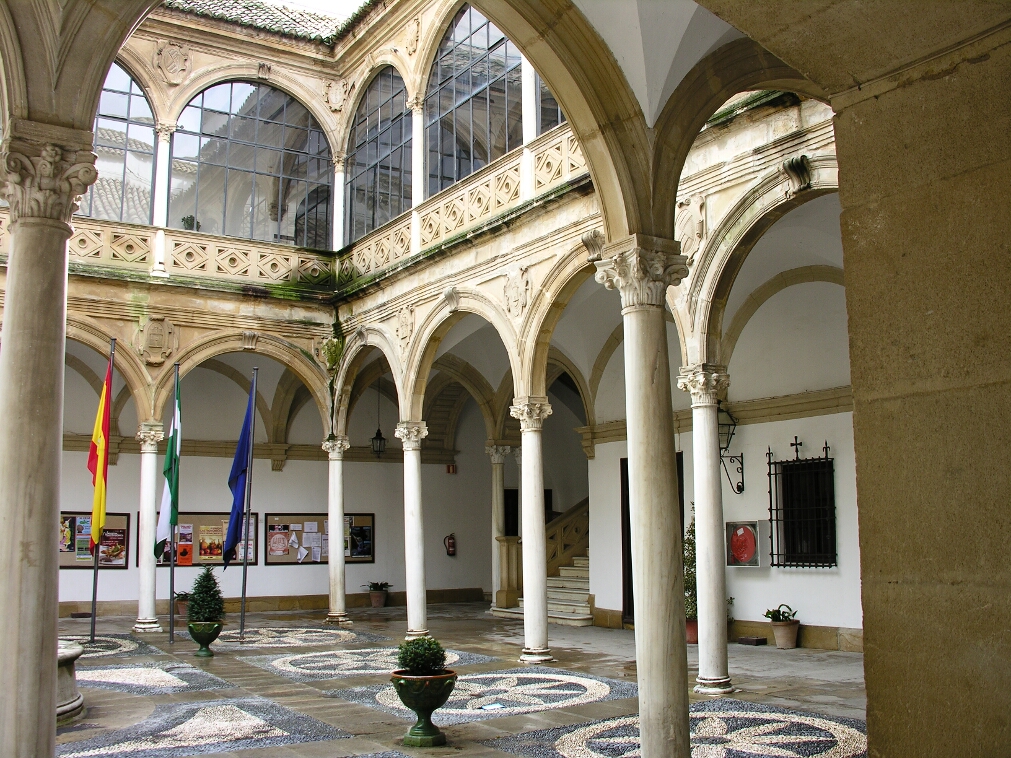 Vandelvira built the Palace of Vela de los Cobos in the middle of the 16th century for Francisco Vela de los Cobos, a councilman of Ubeda and Captain of Cavalry in the war against the Moriscos of Granada. Wait, you say! The Moors had been expelled from Granada in 1492, so why was there a war against them in the mid 16th Century? The Treaty of Granada guaranteed the same freedom of religion to the Muslim population of Granada as other Muslims in other areas which had been reconquered earlier on. These guarantees were (Wiki's words) "short lived". As the 16th Century wore on, the right to speak arabic, the right to wear traditional clothes, the right to give their children Muslim names gradually disappeared. There was a revolt in the Alpujarras (a mountain range south of Granada towards Almeria) in the third quarter of the century. In the end, Philip III expelled all the Moriscos in 1609. Anyway, this (right of the tree trunk) is the kind of house you could have if you were a Captain of Cavalry. 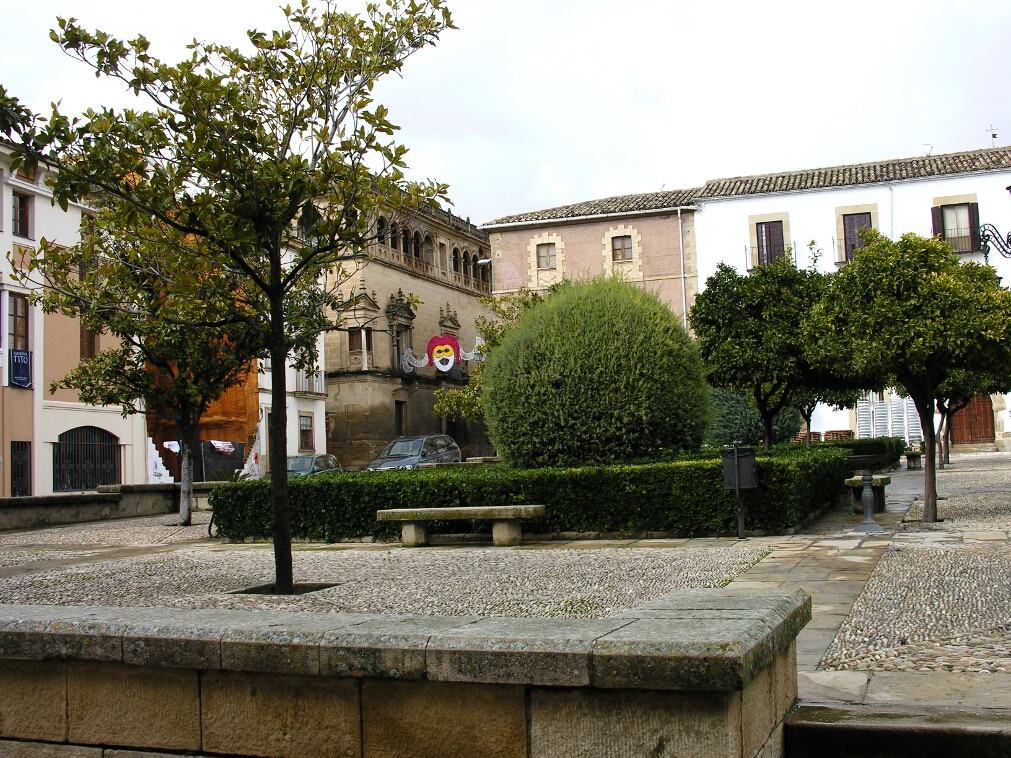 Not all the churches in Úbeda are renaissance. This is the Holy Trinity church, built in the 18th Century, and closed in the 21st (at least, on Friday in the first week of Lent). 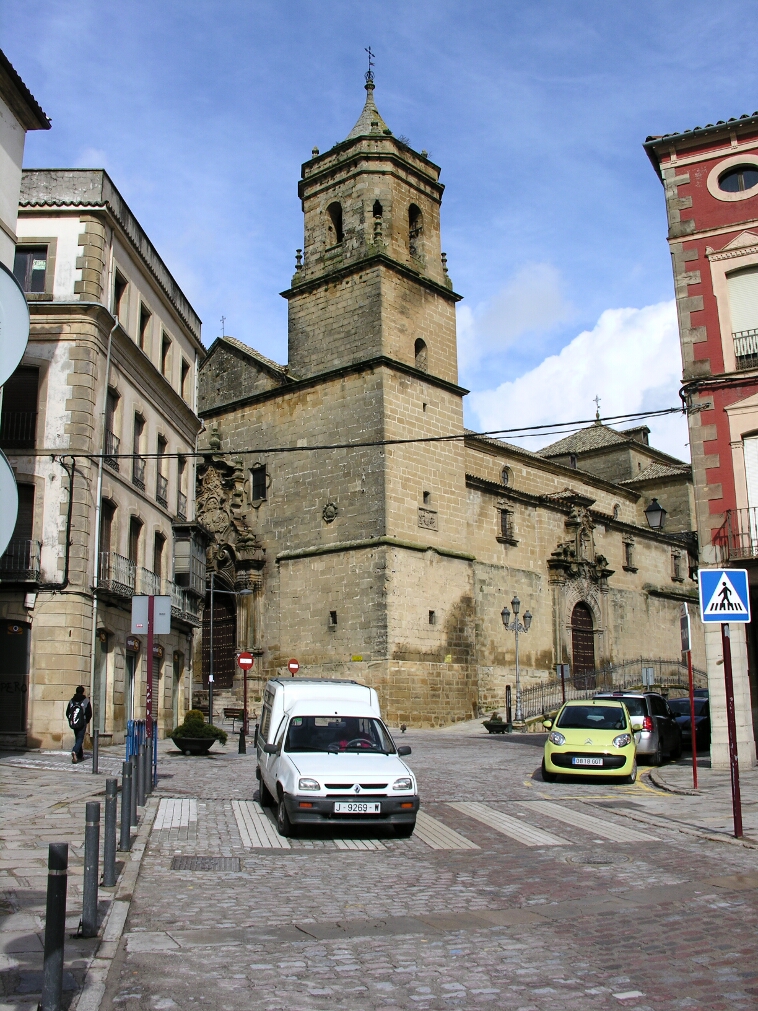 So we got back in the car to drive onwards to Córdoba.