Orihuela's churches are the southernmost examples of Catalan Gothic. To quote from someone who knows better than I:

In the Catalan style, there is a predominance of horizontal lines, of solid panels over empty spaces, of flat terraces without roofs, and a preference for large bare surfaces

This is the tower of Saints Justa and Rufina, which was closed on both the occasions we visited Orihuela. The tower is higher than any other in the city, including that of the cathedral. 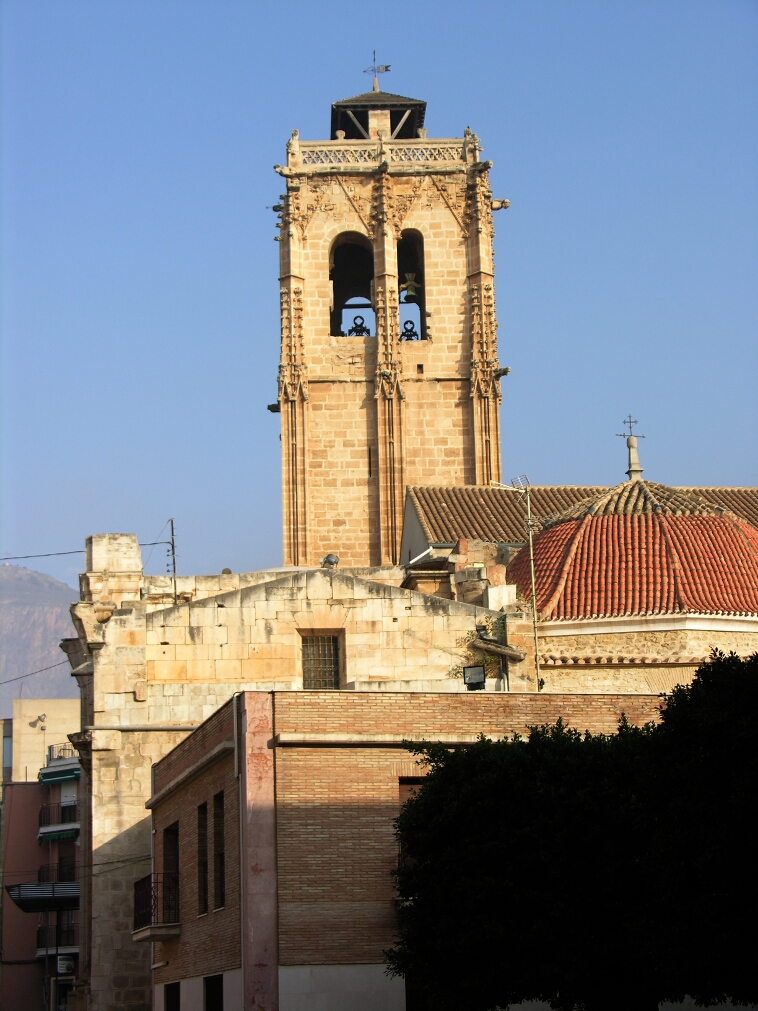 This the nave of Santiago, whose altar and apse show how the church was "improved" with some baroque features. 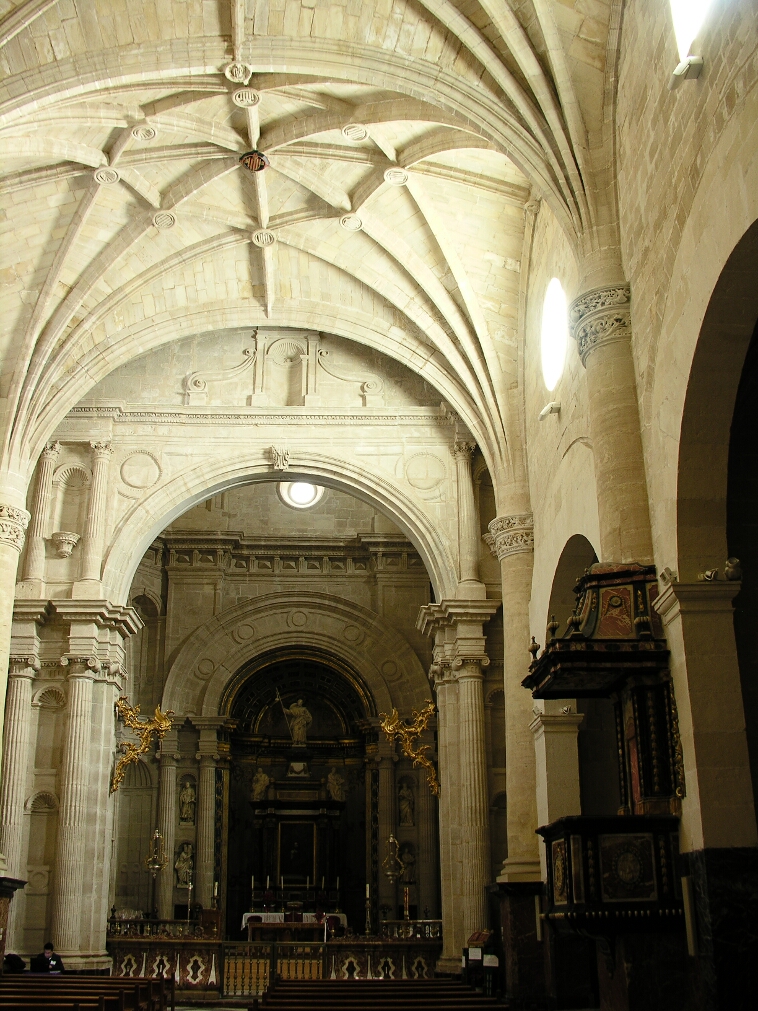 Santiago has a very ornate door, and a richly decorated organ: 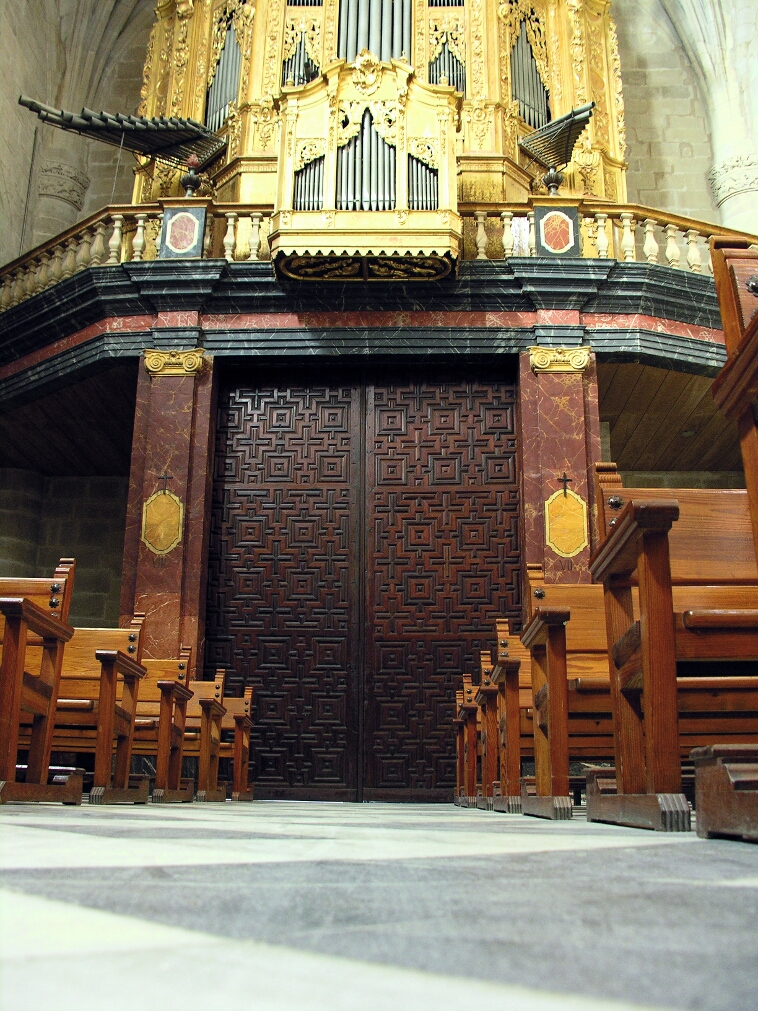 The isabelline other side of this doorway. 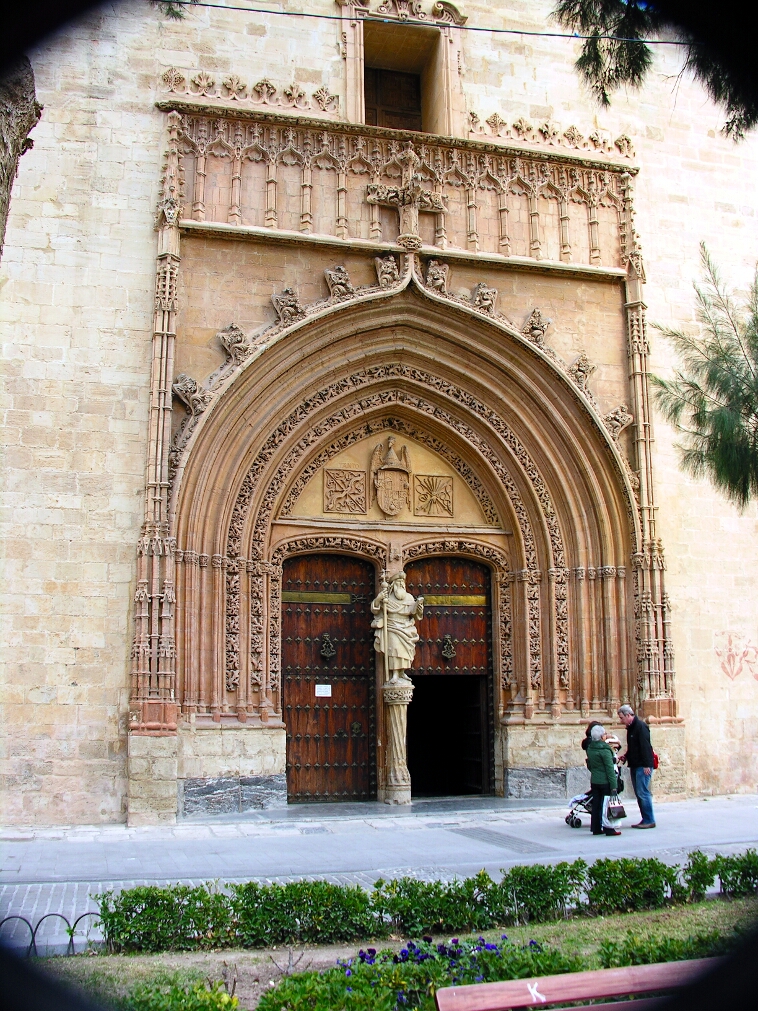 This is the chapel for the Santiago Paso 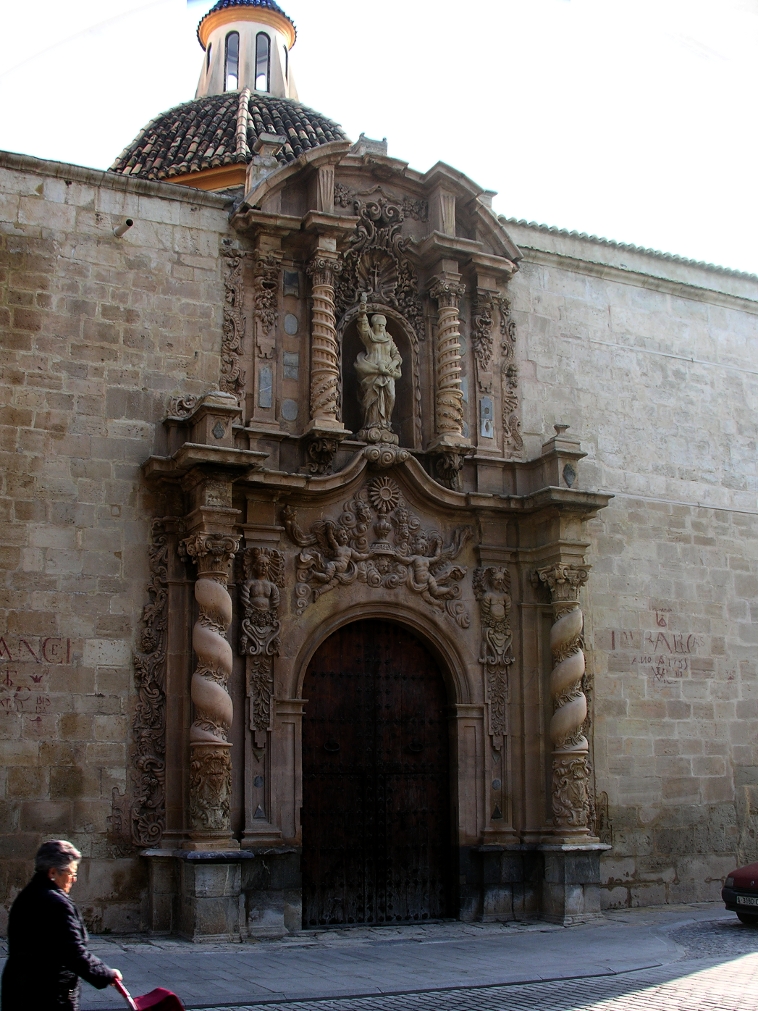 This is the Cathedral, displaying the bare surfaces. 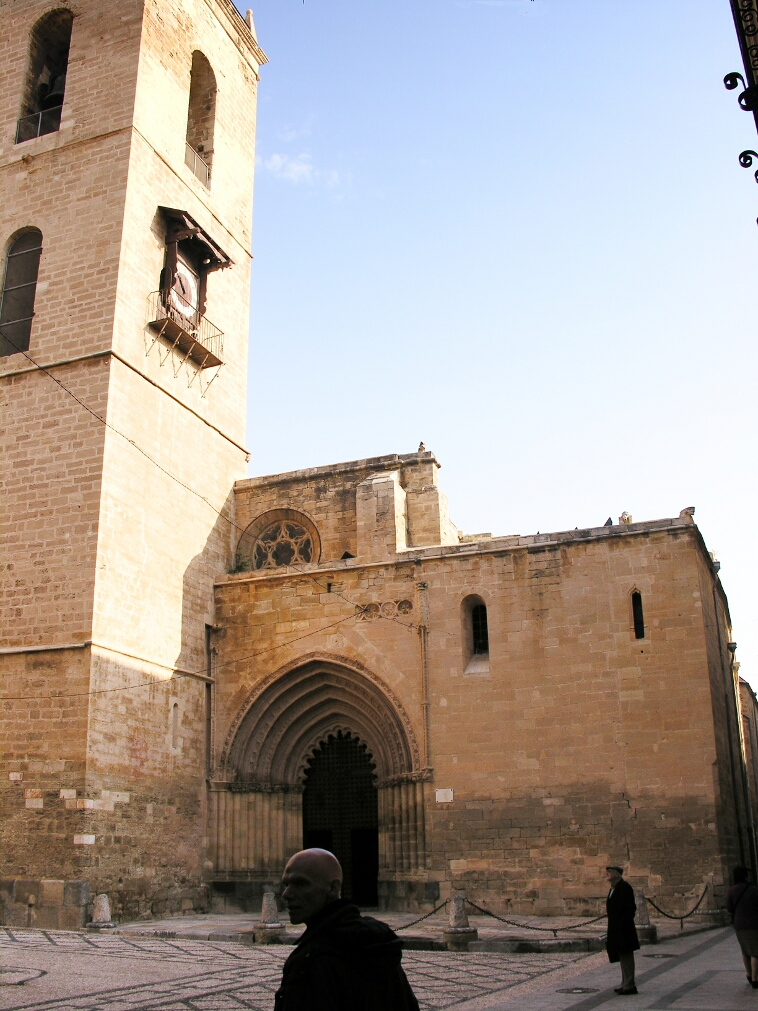 You're not supposed to take photos inside the cathedral, I only discovered on my second visit. All Spanish churches seem to have grillwork protecting the altar from the laity. 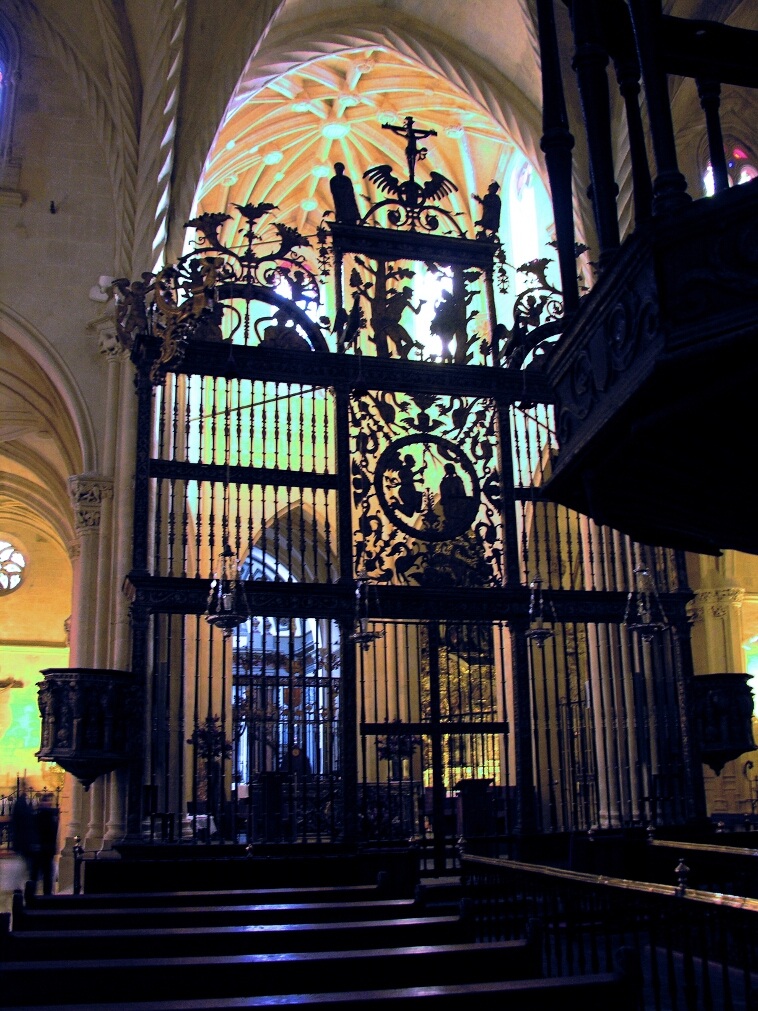 Unlike Seville, the South door has saints standing on all the pedestals 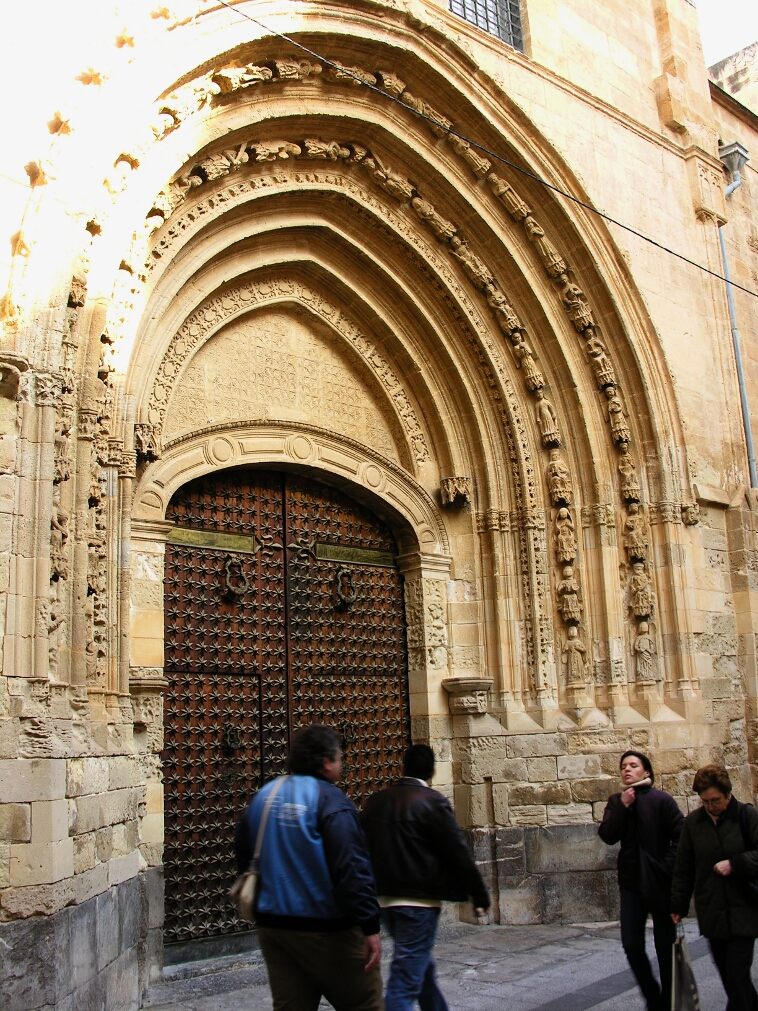 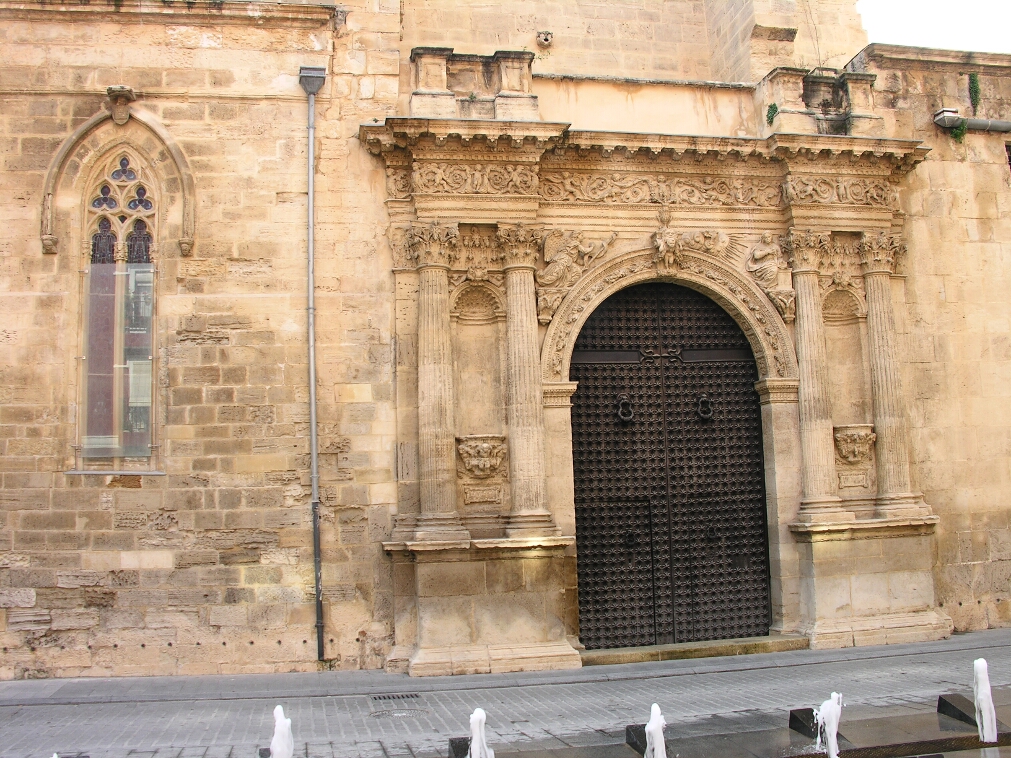 Cloisters at the East end of the Cathedral 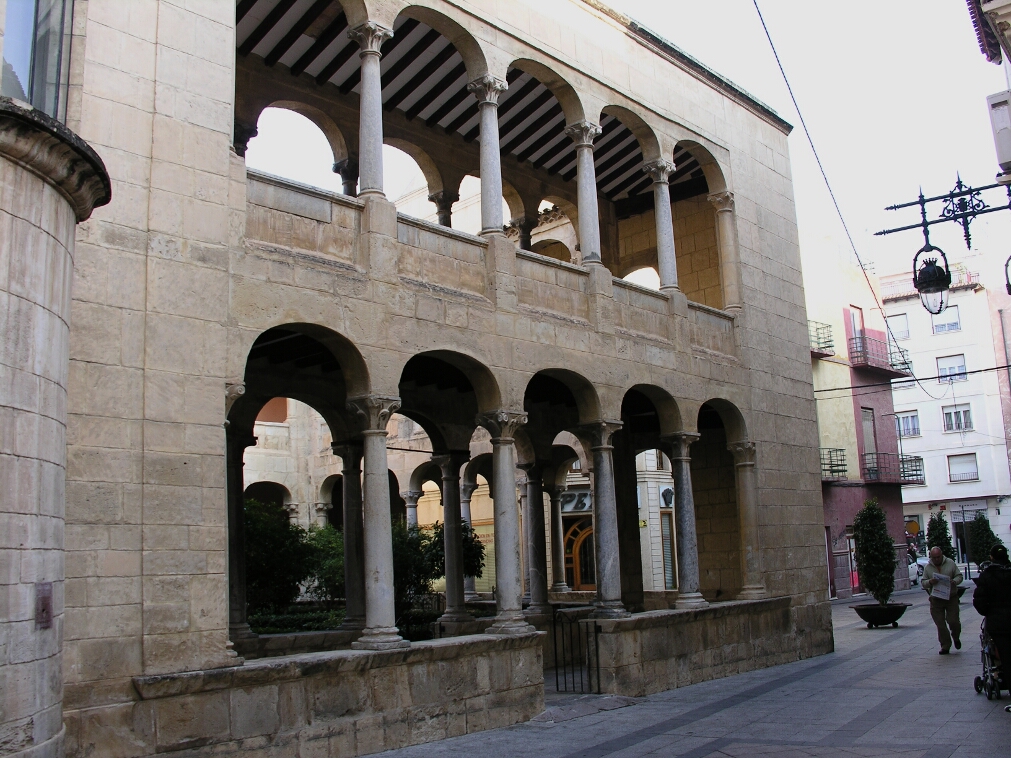 This former church is now the museum of Holy Week, and contains many floats used in the Holy Week parades. They include groups by Salzillo, one of the most famous sculptors in the region. No photos allowed :-( 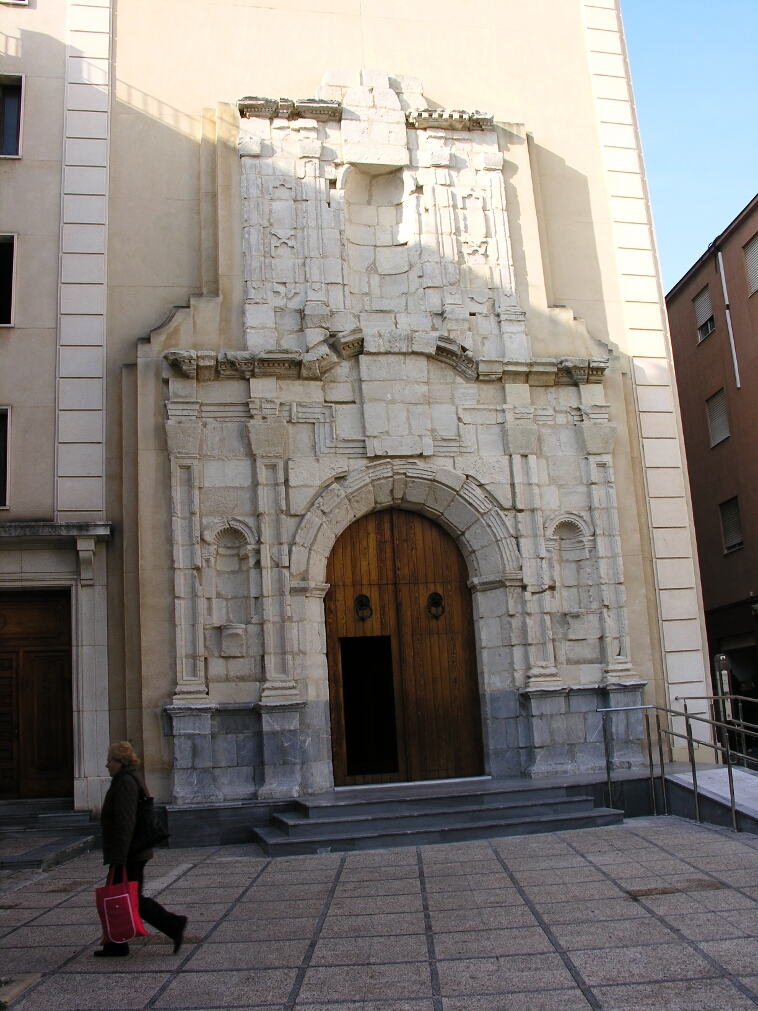 Sacheverell Sitwell's interest in Orihuela lay not in the Gothic churches, but in the baroque Saint Dominic's convent. This is now a school, and we had arrived just too late to see the play or pantomime. 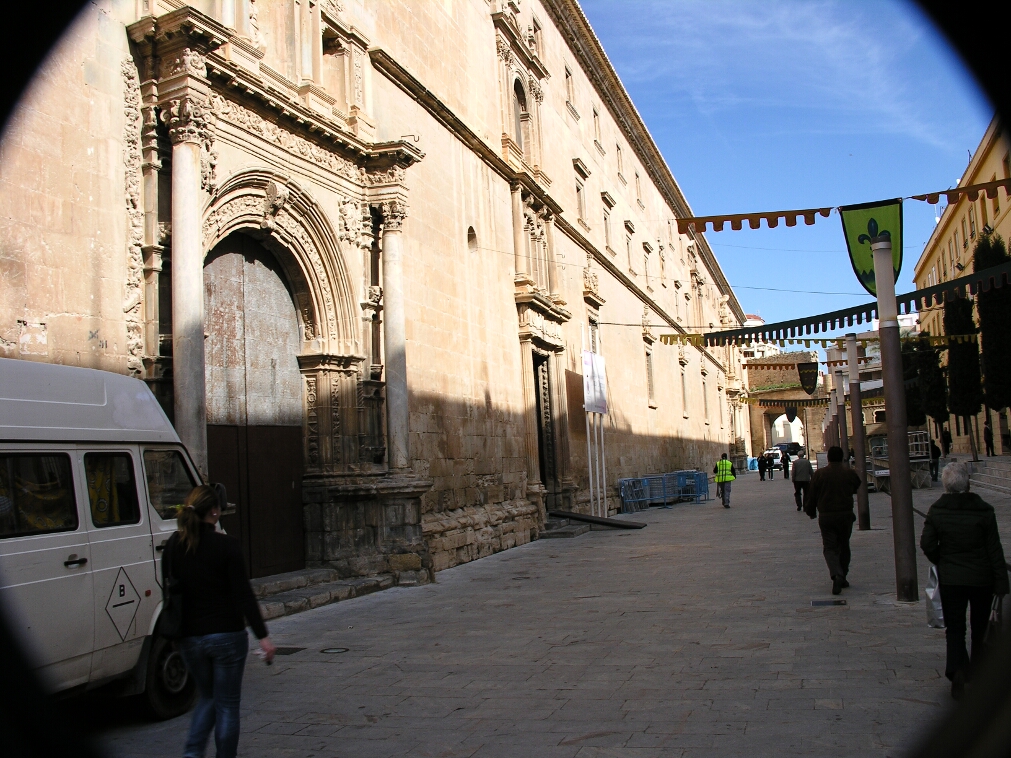 He says that the church has two splendid, double-storeyed, cloisters. We only got to see one of them. 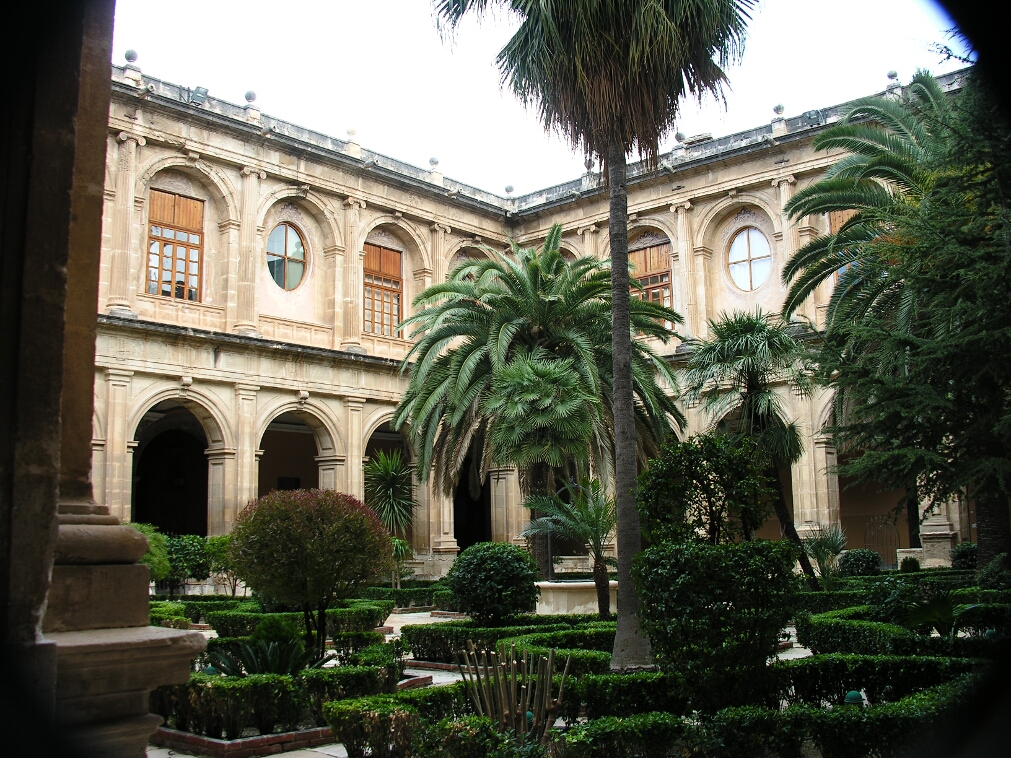 Perhaps this is the door that leads through to the second cloister. 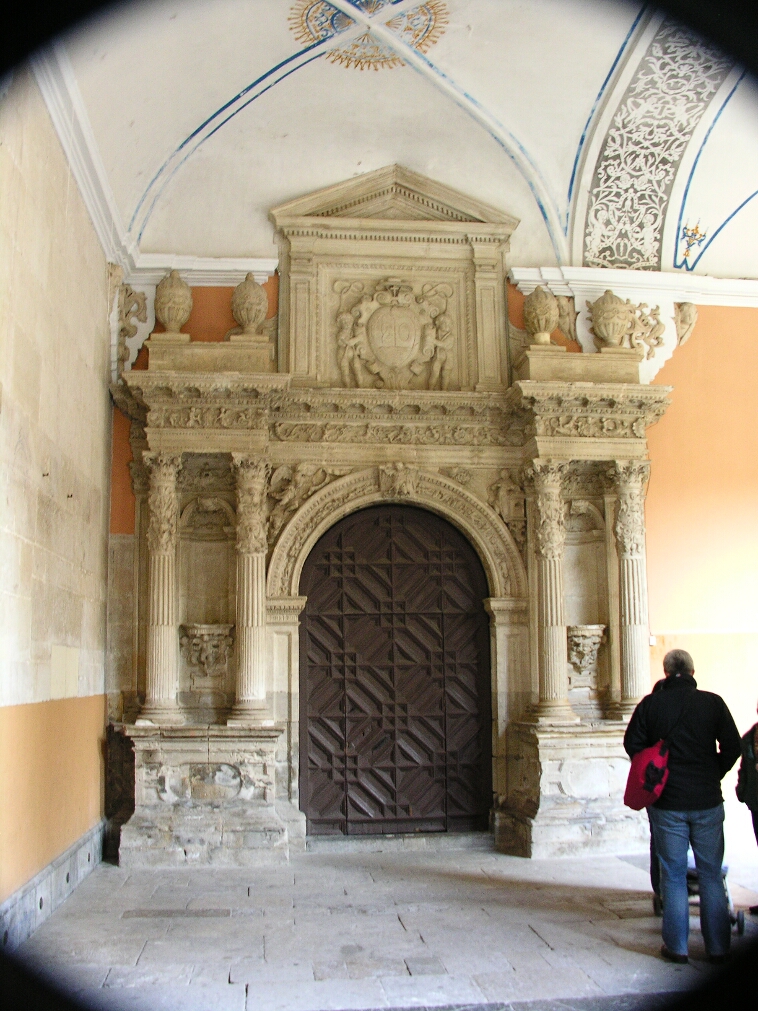 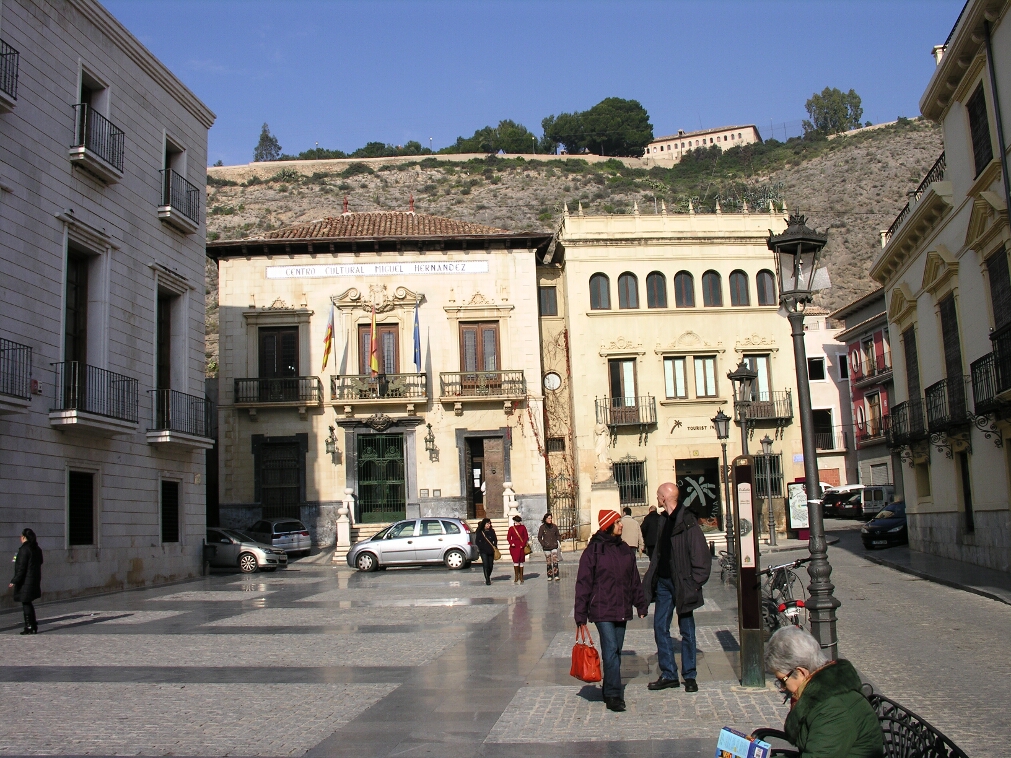 This is the Rafal palace 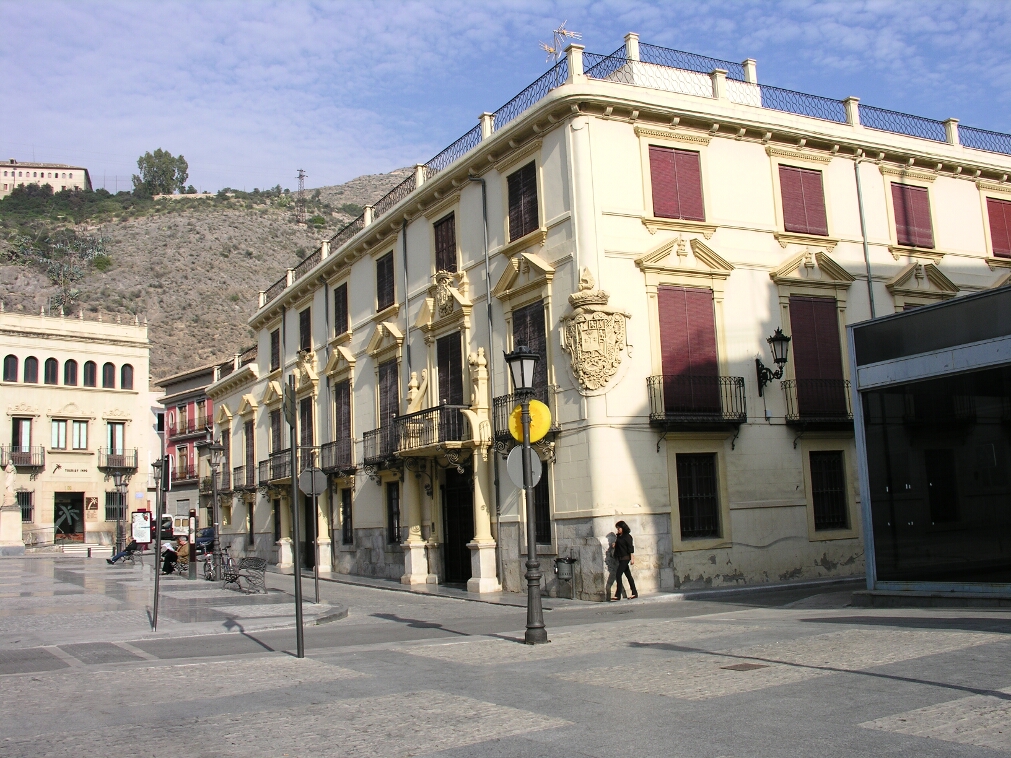 Here the font of the Palacio del Conde de Granja de Rocamora. Apparently the collection of furniture is interesting, but not open to the public. 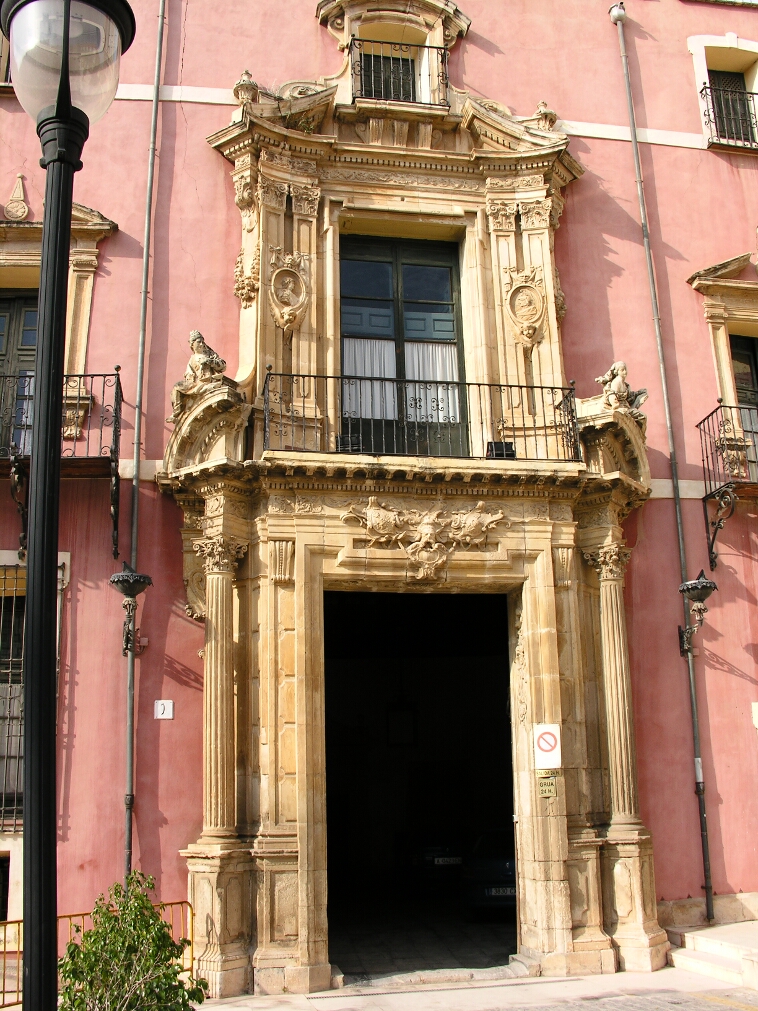 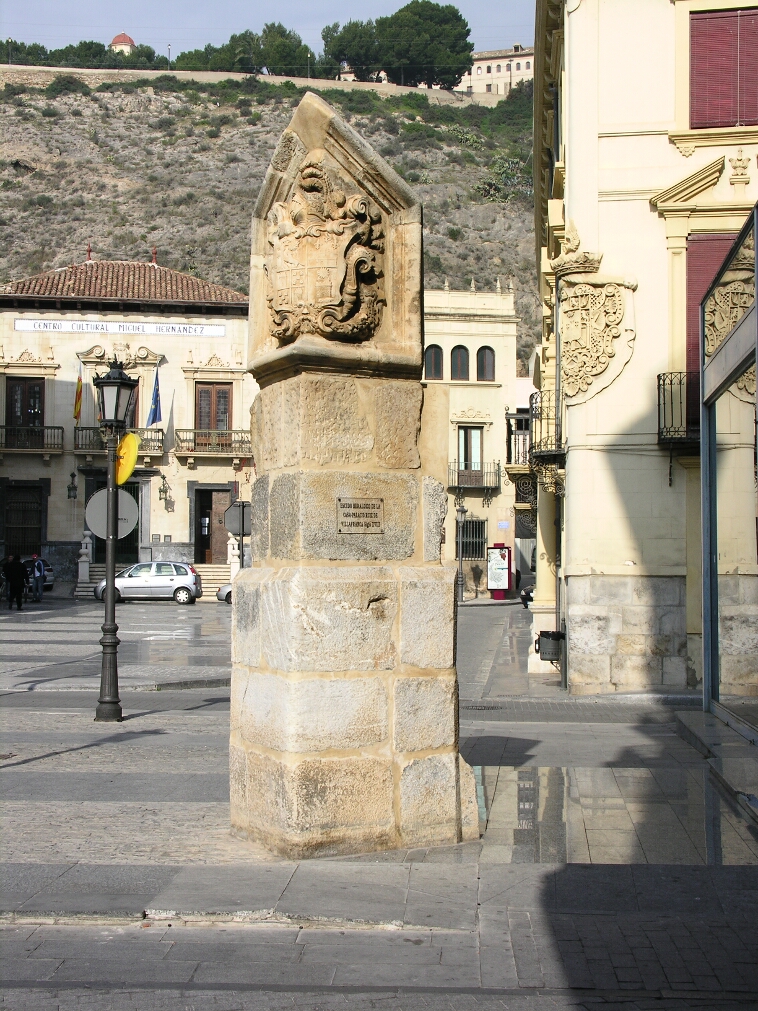