Murcia's cathedral is supposed to have one of the most beautiful baroque facades in Spain. You have to admit it is impressive, even if you don't like that kind of thing: 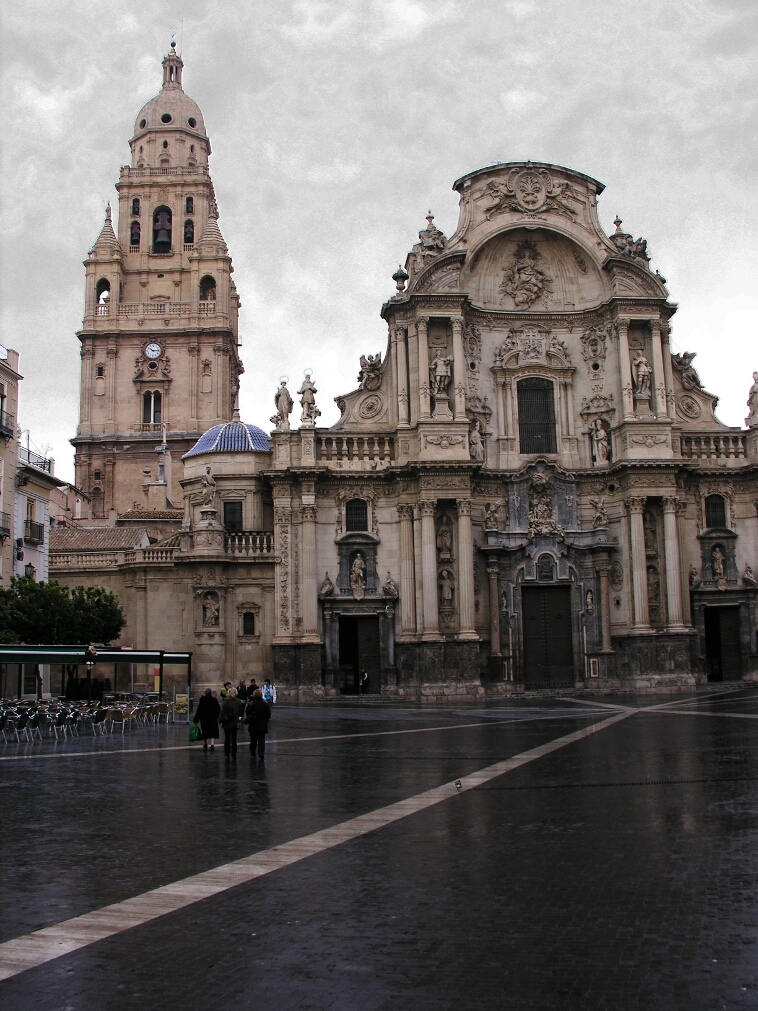 The chapel whose door is open is the Vélez chapel, a very flamboyant piece of Gothic. It never seemed to be open except when a Mass was being said, so we couldn't get any closer shots: 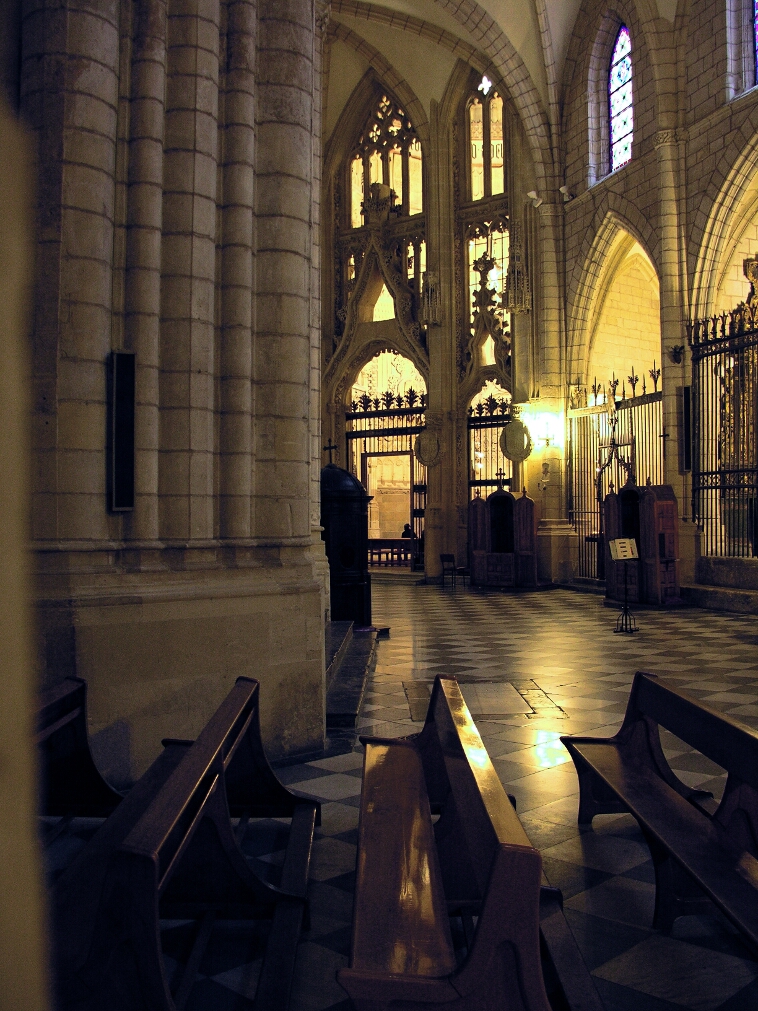 This is the North door: 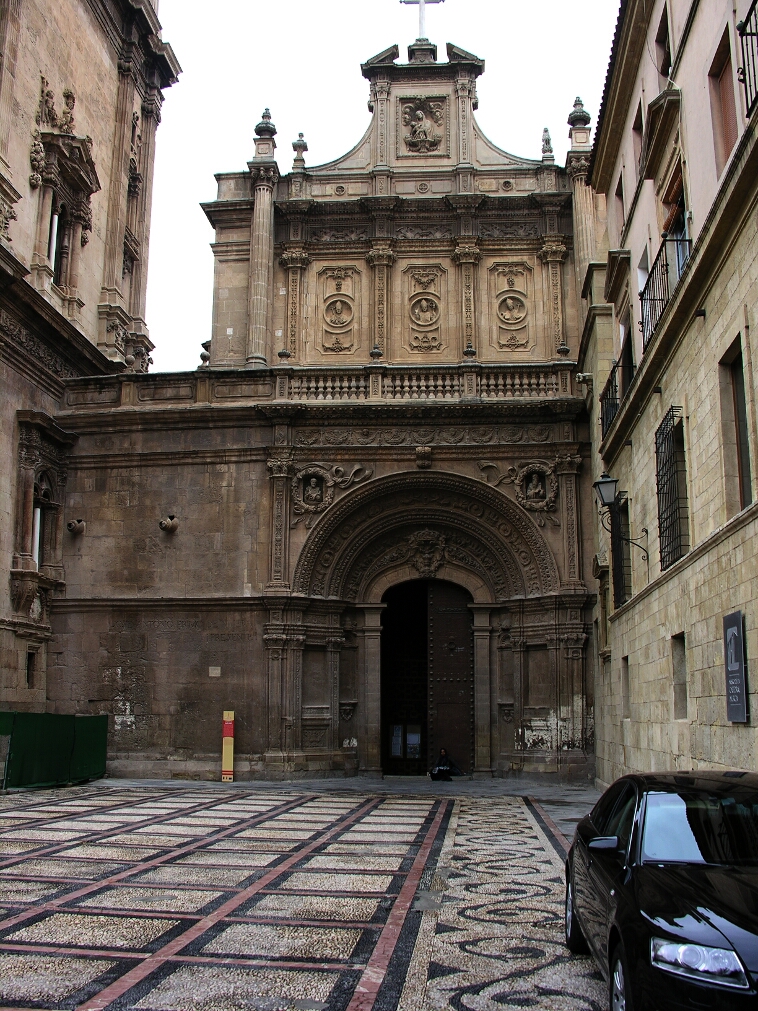 And here the tower from a distance, showing how it still dominates the city skyline. 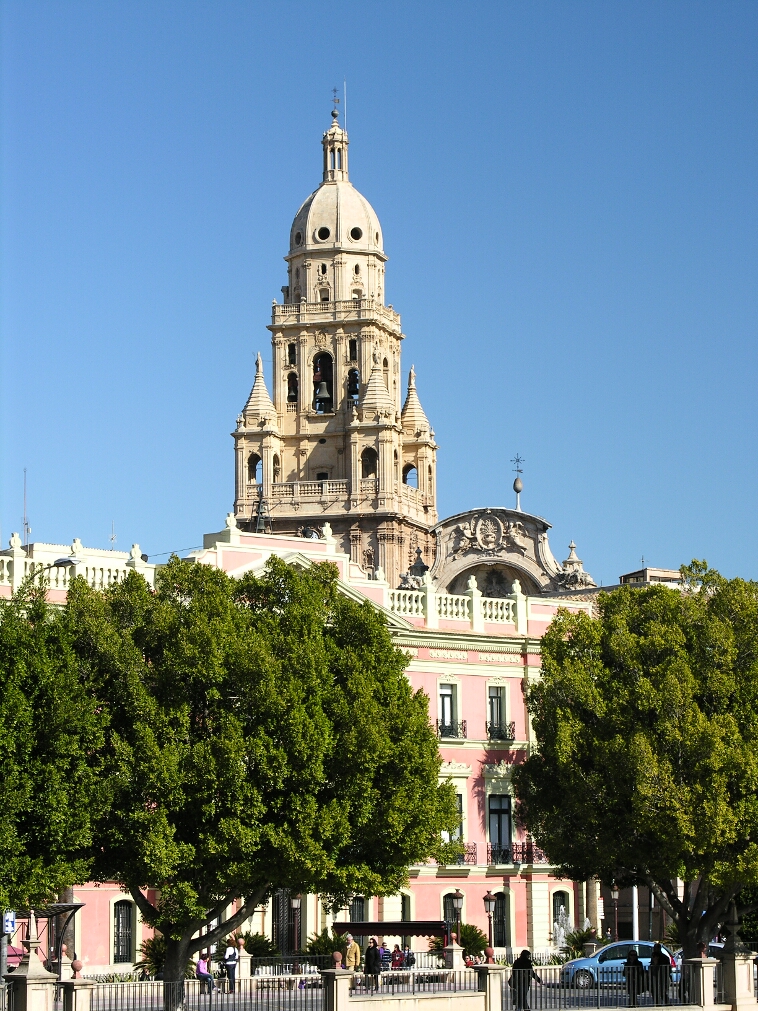 Incidentally, Alfonso El Sabio's heart is buried in this cathedral, to commemorate his part in reconquering it from the Moors.

It was still very cold in Murcia when we arrived at the beginning of January, as you can see from the way people dressed. 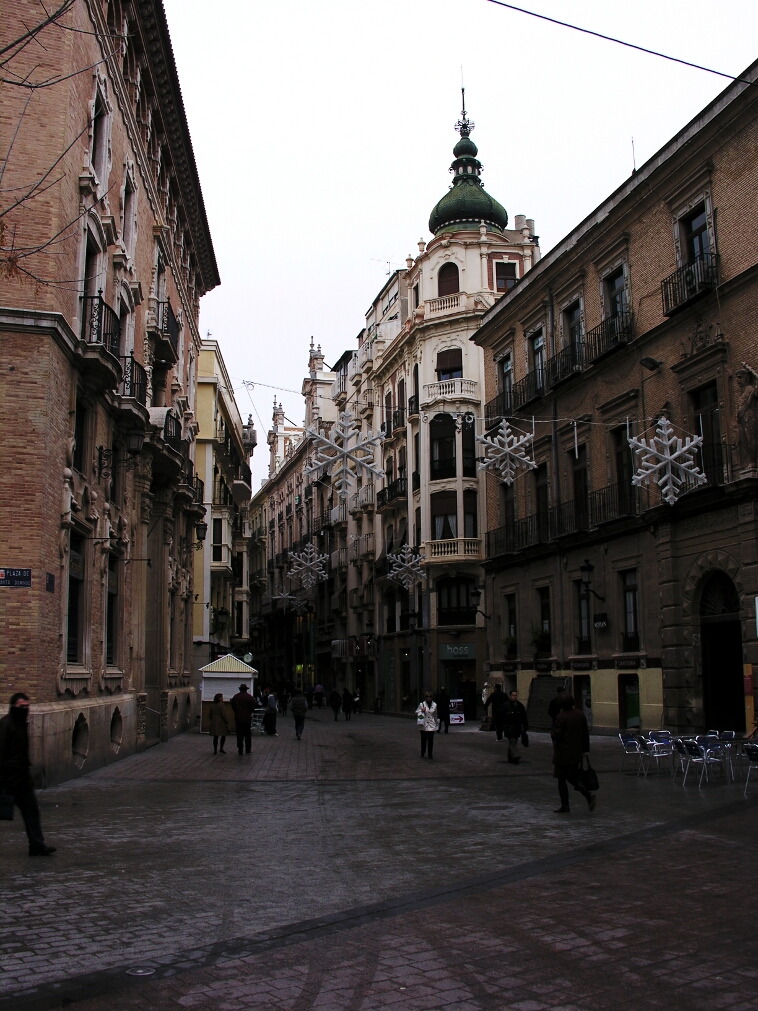 This is the old municipal grain deposit, the Palacio del Almudí, now an art gallery 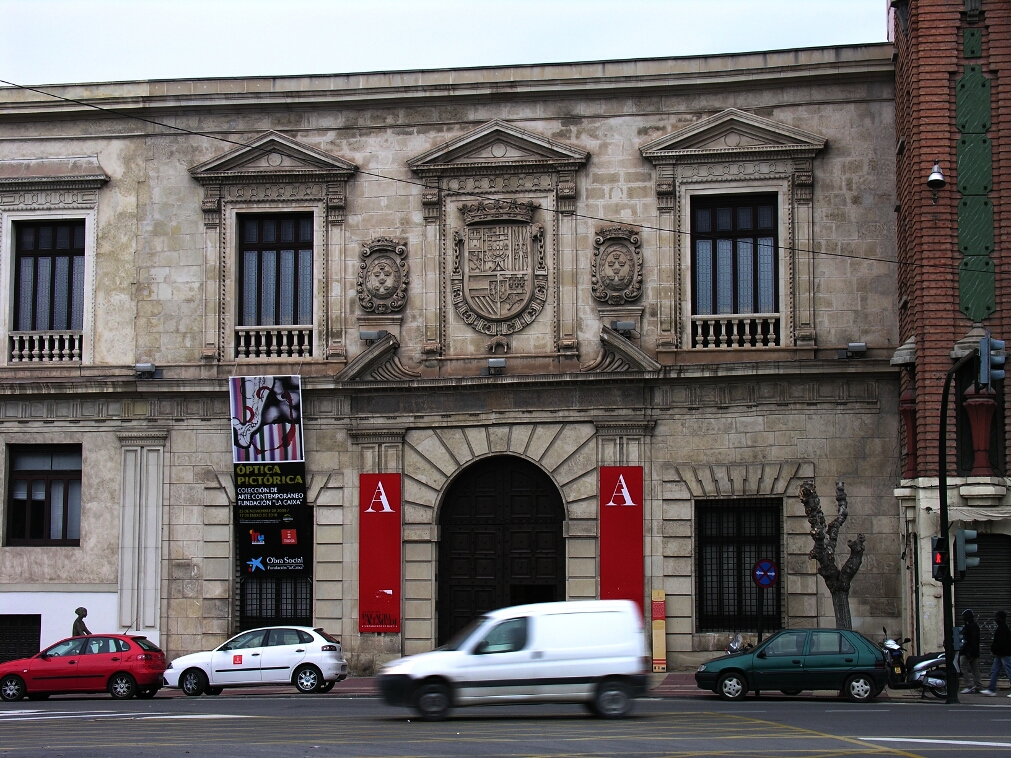 Here a very modern bridge over the Segura, one of the most polluted rivers in Europe. The pylon that supports the deck rests on the island you can see under the bridge. 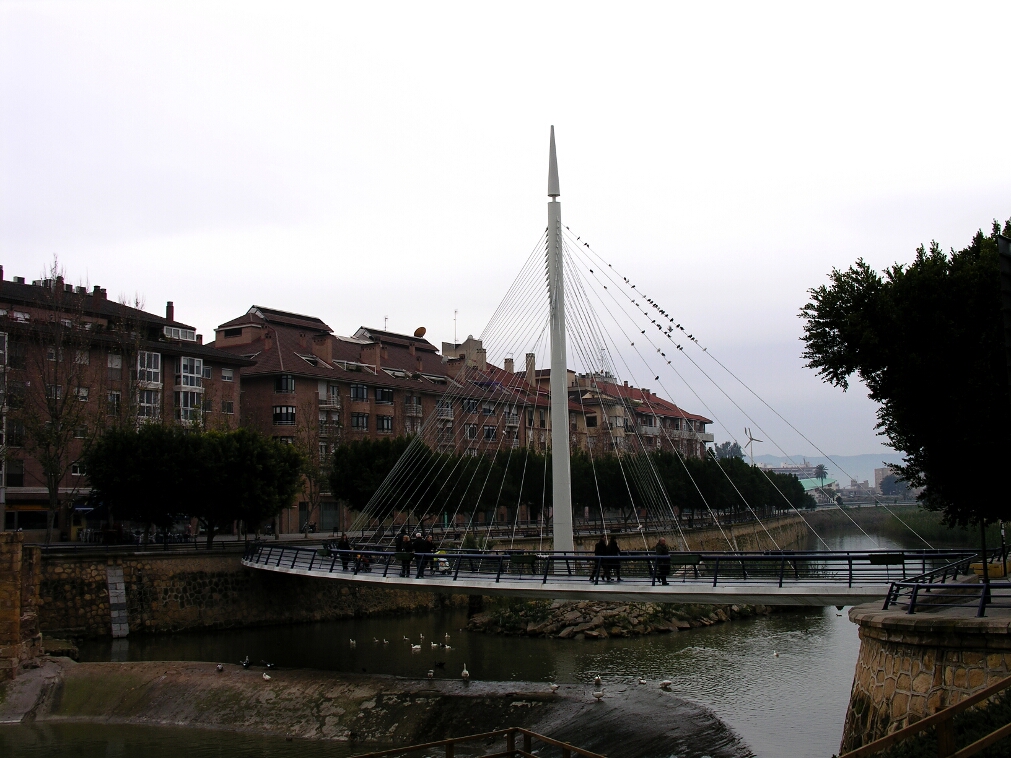 Most of the water for the Segura comes not from its own springs in Jaen province, but from a canal that brings water from the Tagus. Its importance as a source of irrigation for the fruit and vegetable growers means that there is little water in Spring,and almost none at all in summer. Perhaps this is why there is so much propaganda about the supply: 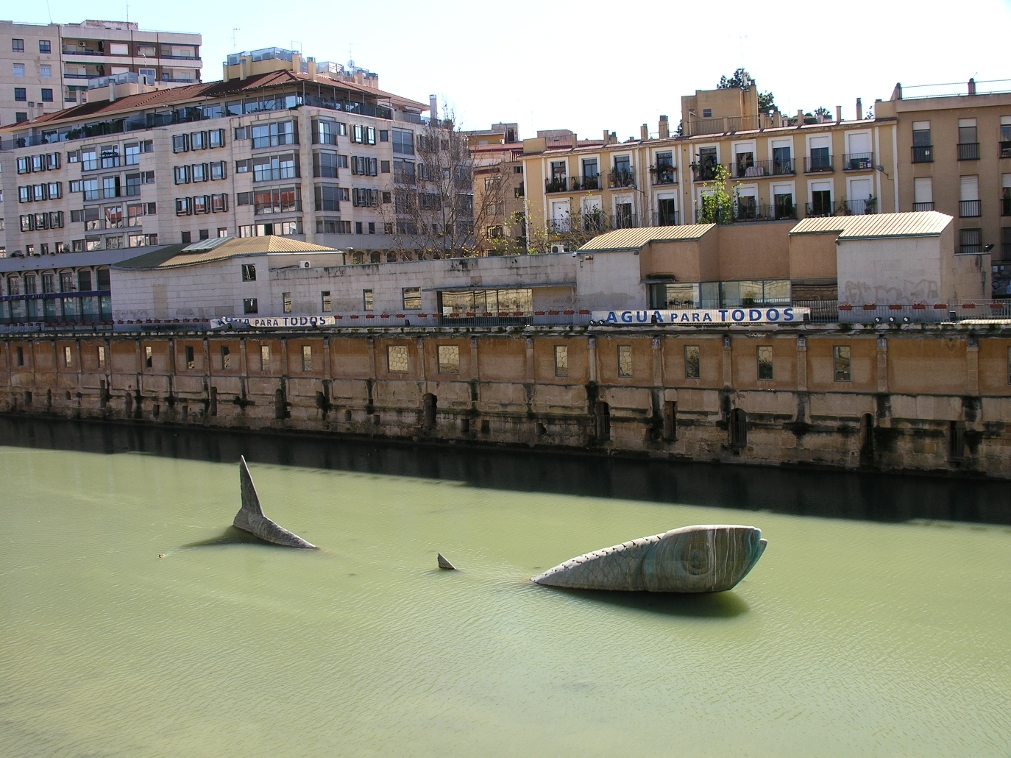