Lorca lay on the frontier between Christian and Moorish territory after its reconquest by the future Alfonso El Sabio in 1243. It must have been rich in the 16th to 18th centuries, because it has many baroque buildings. Sitwell says:

It is a Murcian Noto, but without the balconies supported on figures of Turks or Chinamen.

Many of its houses have coats of arms over the door, as this one: 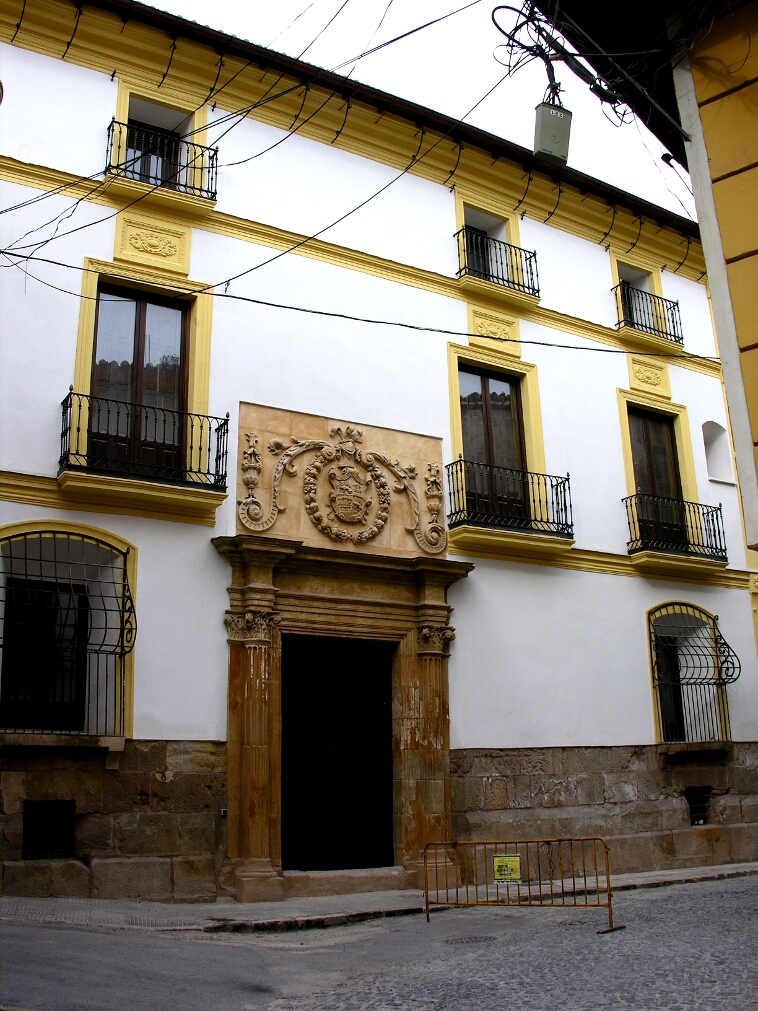 The city centre has been through a bad time, but there are signs of regeneration, whether or not that will be affected by the current economic crisis (in 2010, at the time of our visit, unemployment in Spain was variously reported as being 18.8% to 22%; while the rate of unemployment among the 18-24 year old group was estimated at 40%) one cannot tell: 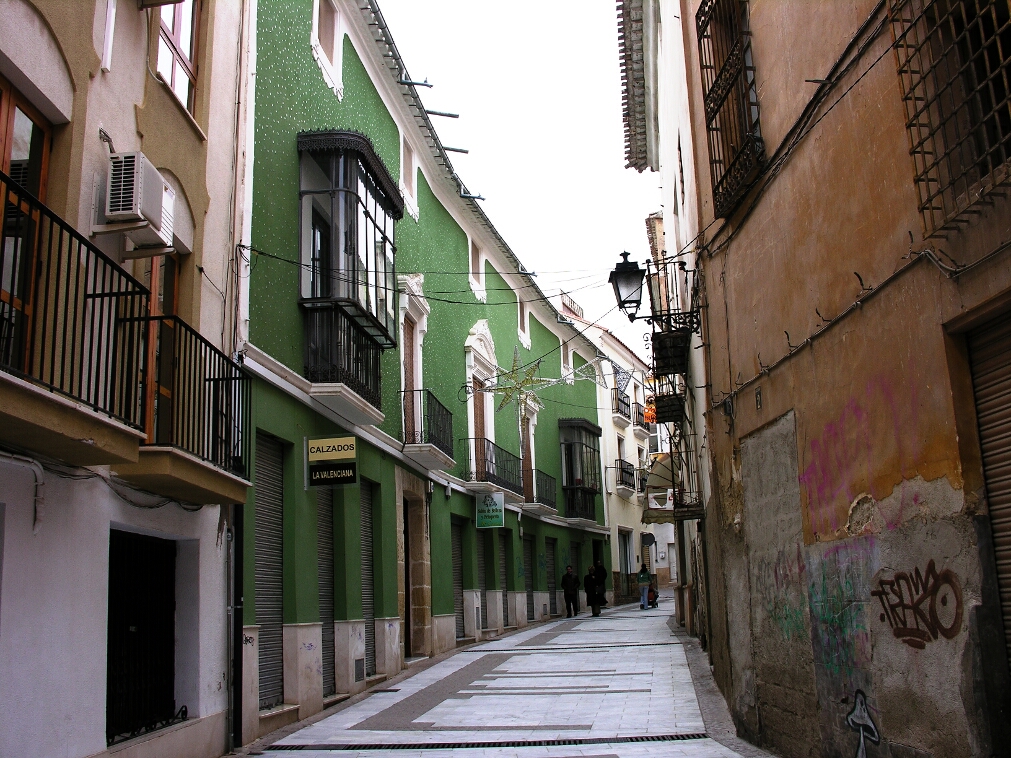 This house used to belong to the counts of San Julián: 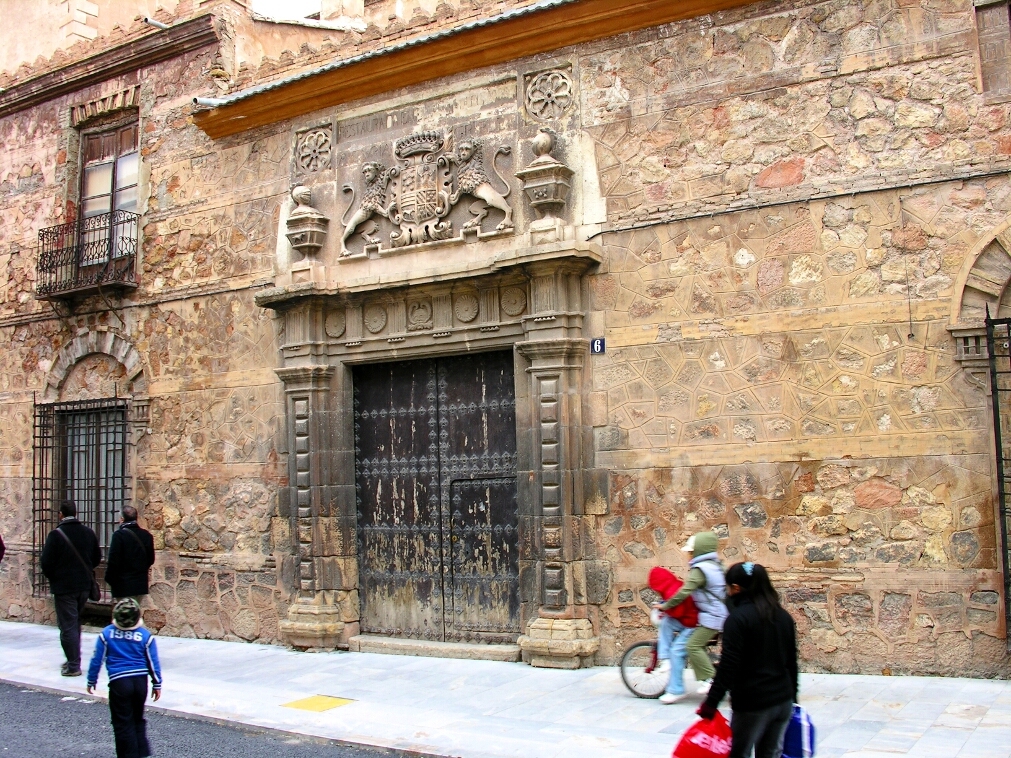 There was a Dominican monastery, the remains of whose cloister has been converted into a square: 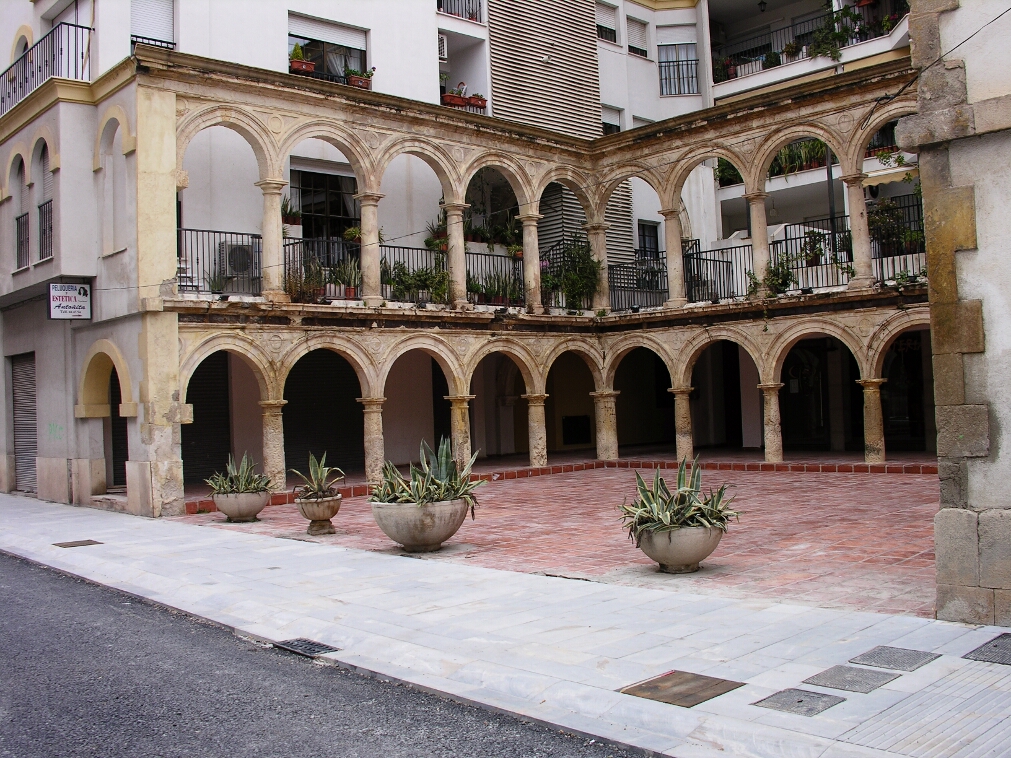 The church has been the headquarters of one of Lorca's two Holy Week penitiential groups - the Paso Blanco for nearly 300 years. Sitwell says in his Spain:

The town is divided into two factions, the "Whites" and the "Blues", who rival each other in their processsions during Holy Week, and often come to blows. And the processions are different ...The population become actors; they are characters from the Old Testament, Roman soldiers, allegorical tableaux drawn along on platforms ...

We were there a few weeks too early to see the action :-(. The décor in the church is baroque, but clearly gets regular coats of paint: 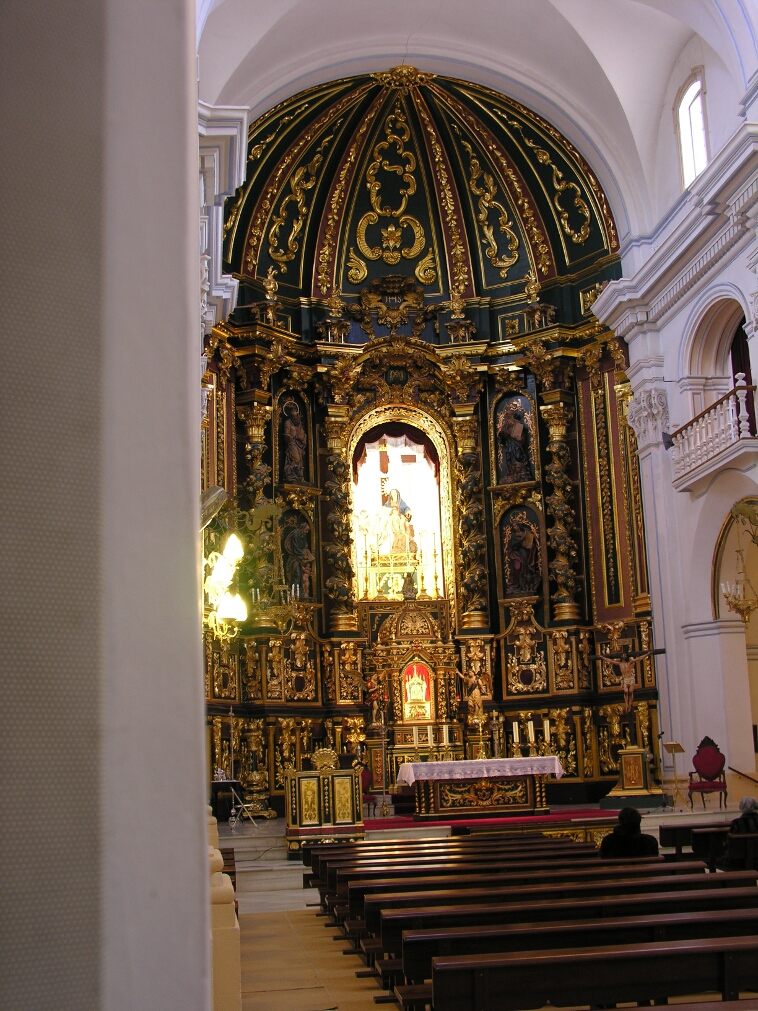 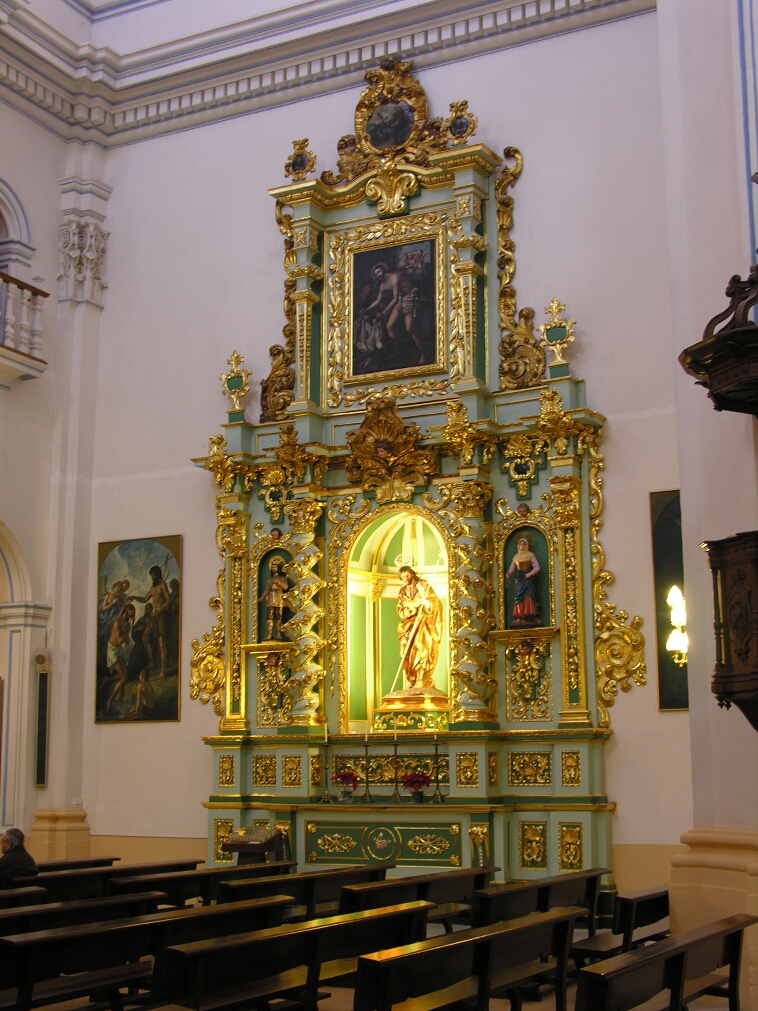 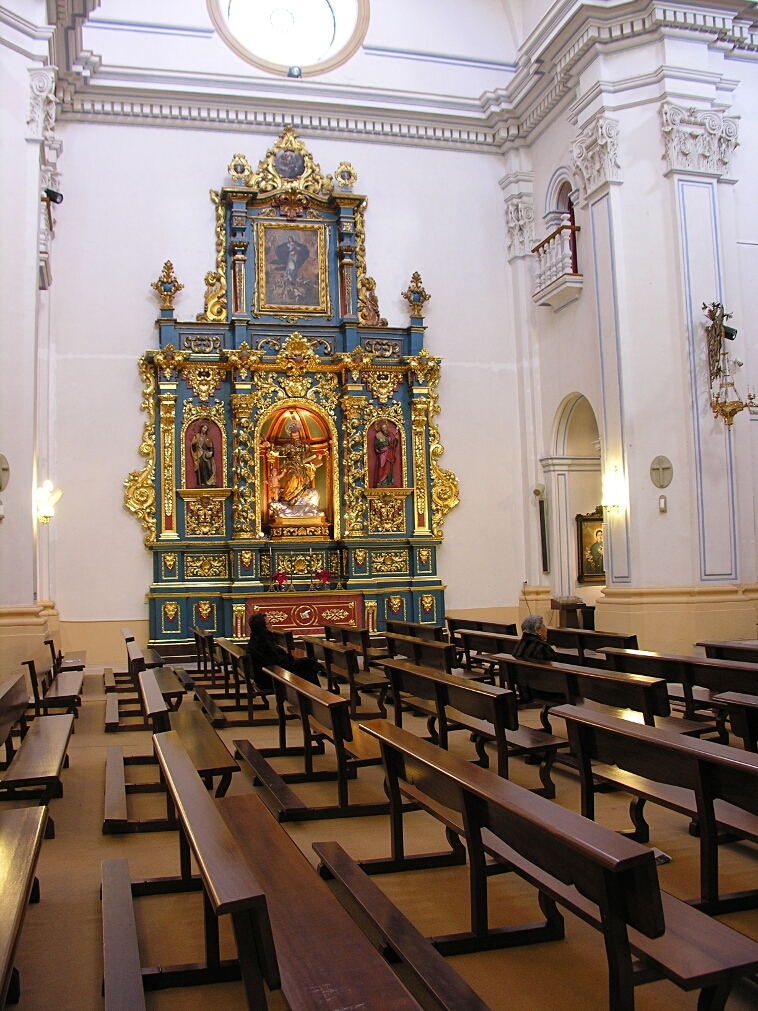 Another of Lorca's architectural treasures is the Palacio de Guevara, which - having been in the same family from 1691 until they died out in 1996 - now belongs to the town council. According to the guardian of the little museum it accommodates, they are having trouble finding the money to keep it open for the public. They did, however, show us the pharmacy which had operated in the ground floor in the early part of the 20th Century, and which contained many things I thought I recognised from the Lamp Room at Pevensey House. 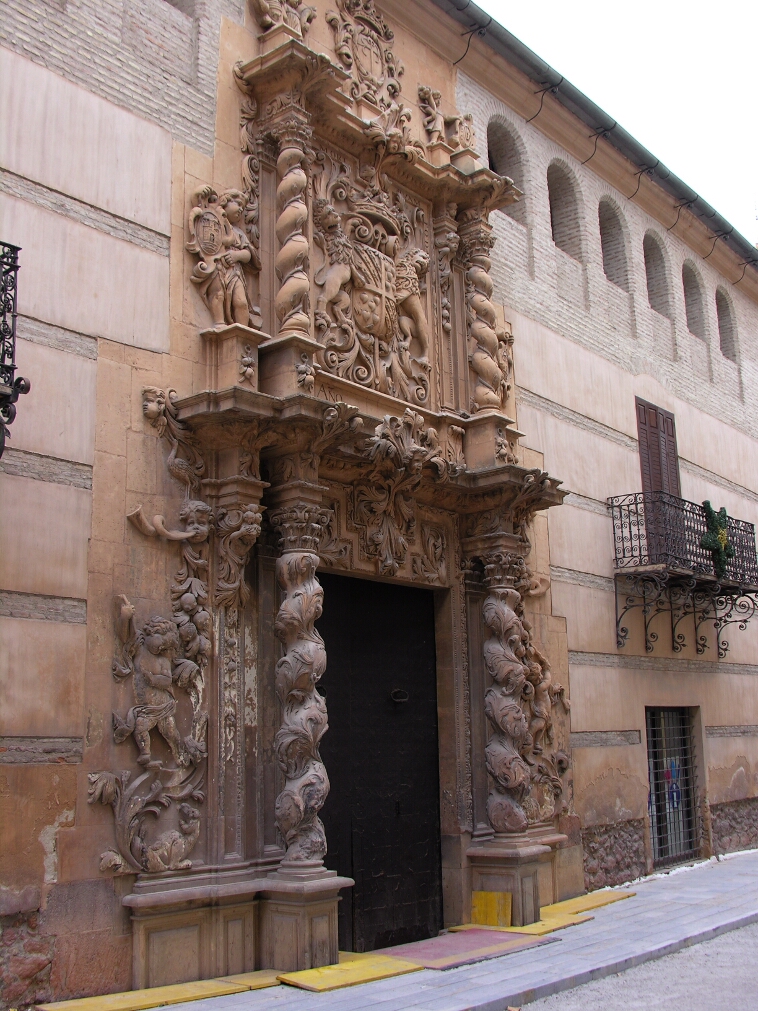 The main attraction, according to our guidebook, was the Plaza de España, which boasts a fine town hall, a Colegiata whose facade Sitwell much admired. Sadly, the whole place was in reformas when we visited. This building houses - we think - the town archives or the court house. It was too inaccesible for us to find out ... 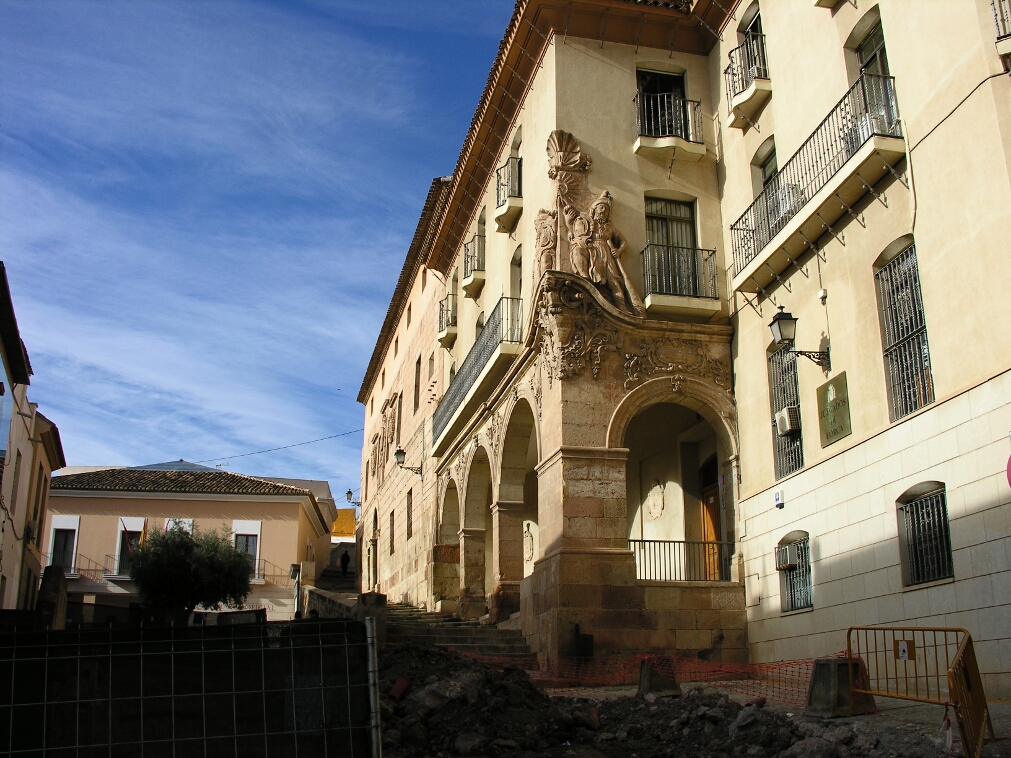 For the colegiata, wiki has a picture here. And the town hall is here.