One of my major objectives in agreeing to winter in Spain had been to take Christine to the great cities of Andalusia. When we arrived, Córdoba at first sight reminded us of Seville, with its narrow streets, and whitewashed houses: 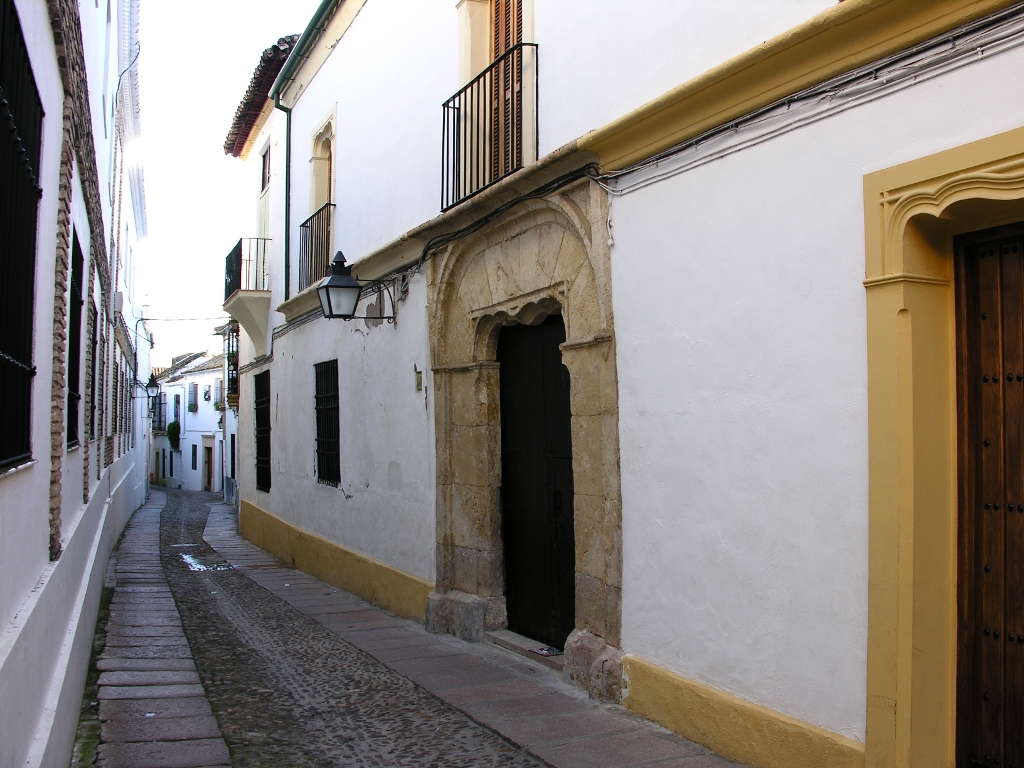 We visited a museum of the "Typical" Andalusian house. One of the traditional industries had been paper making, and there was an exhibition of the equipment and process: 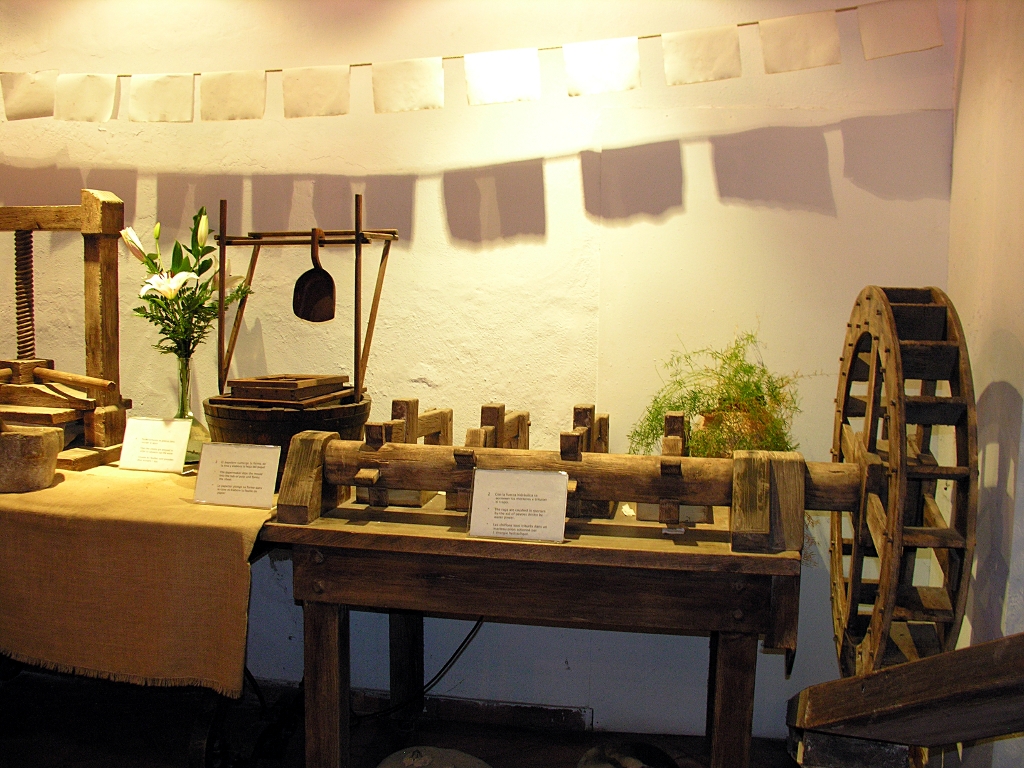 More familiar to me were the ceramic tiles around the lower part of all walls: 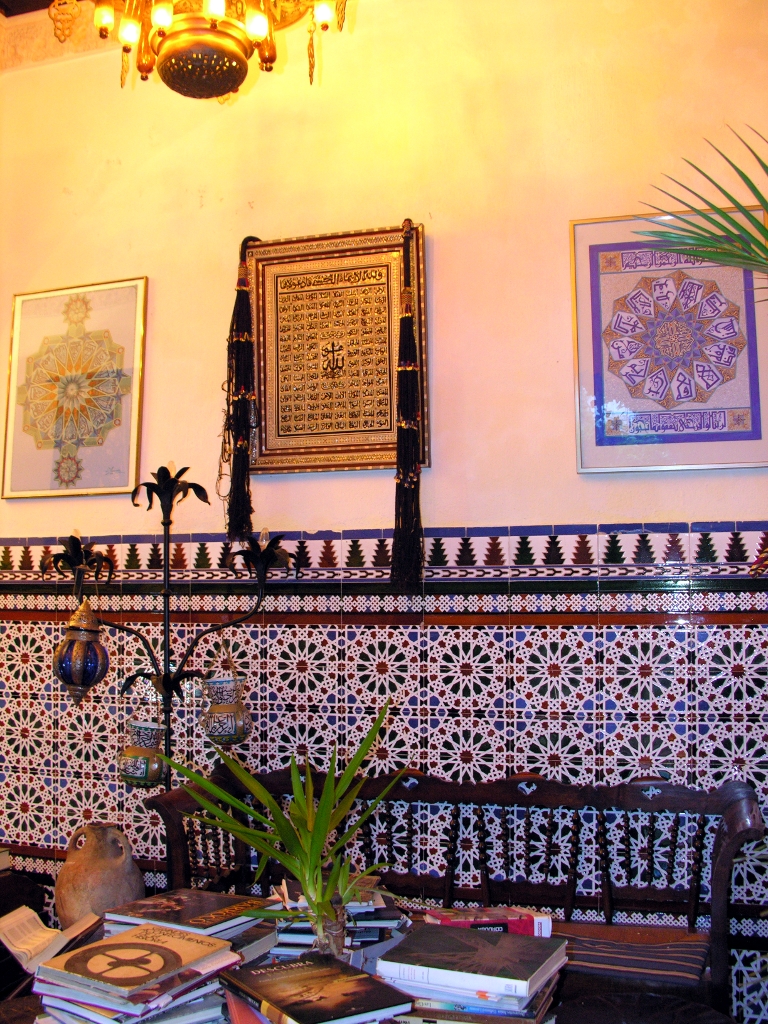 While prospecting for dinner, we walked along the illuminated ramparts. 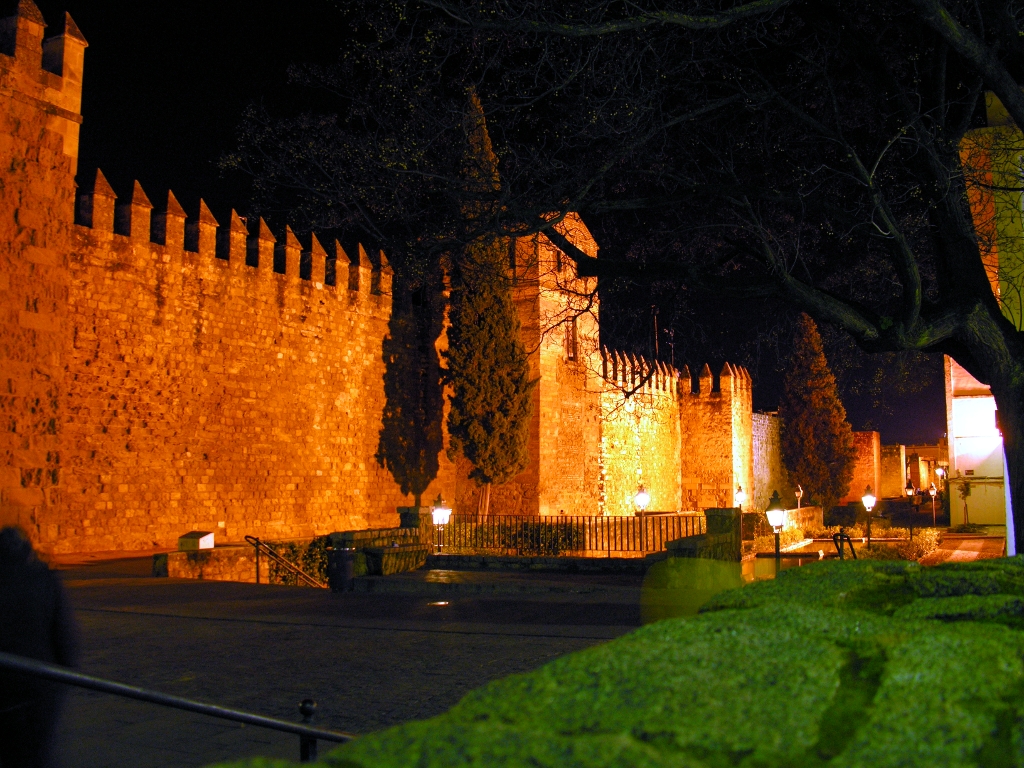 Next morning, while waiting for the Mezquita to open, we visited one of the three surviving medieval synagogues in Spain. The other two are in Toledo(qv). 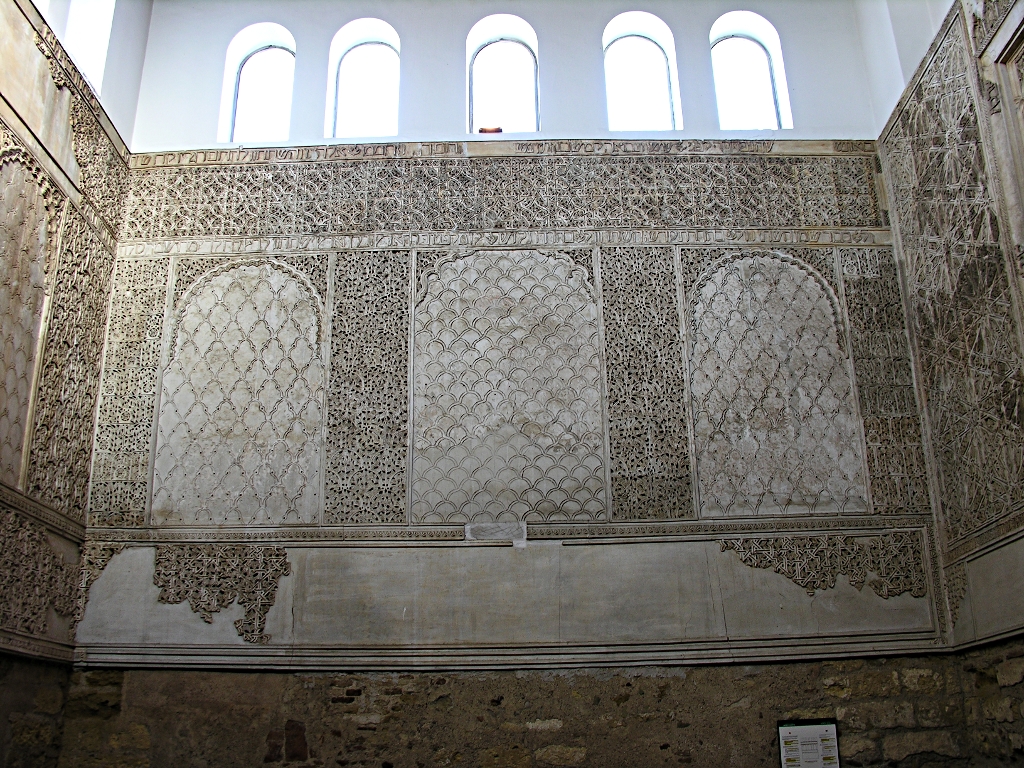 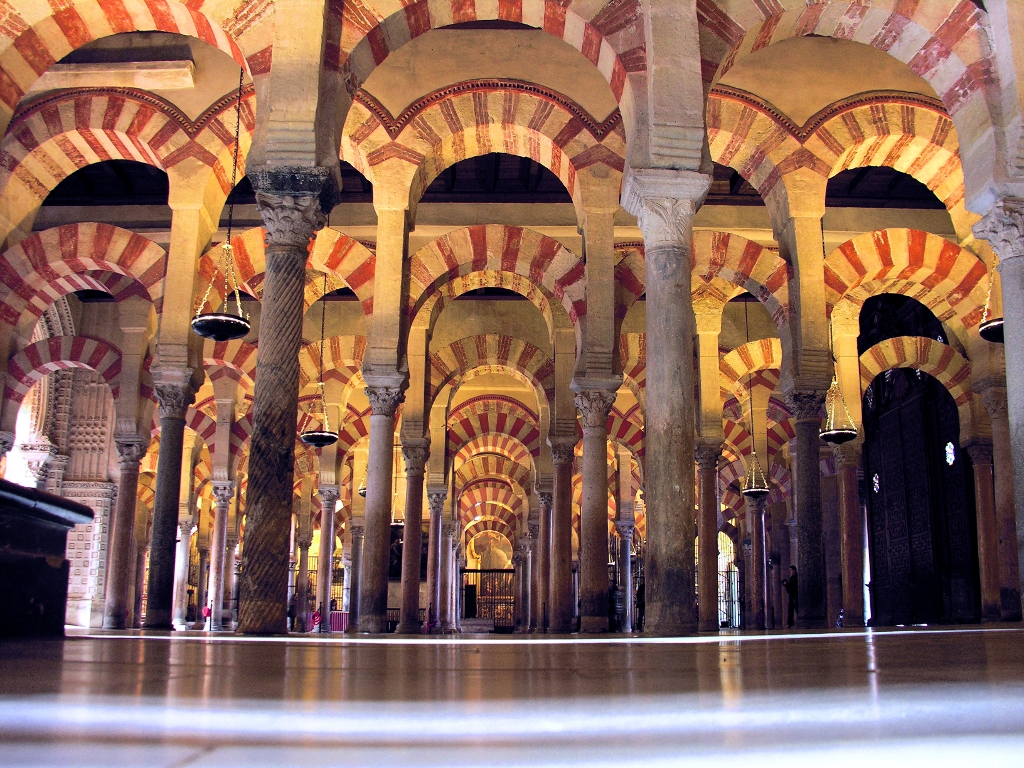 And the styles mix more easily than one could imagine, having seen Seville so recently, where the Cathedral is so aggressively Gothic. 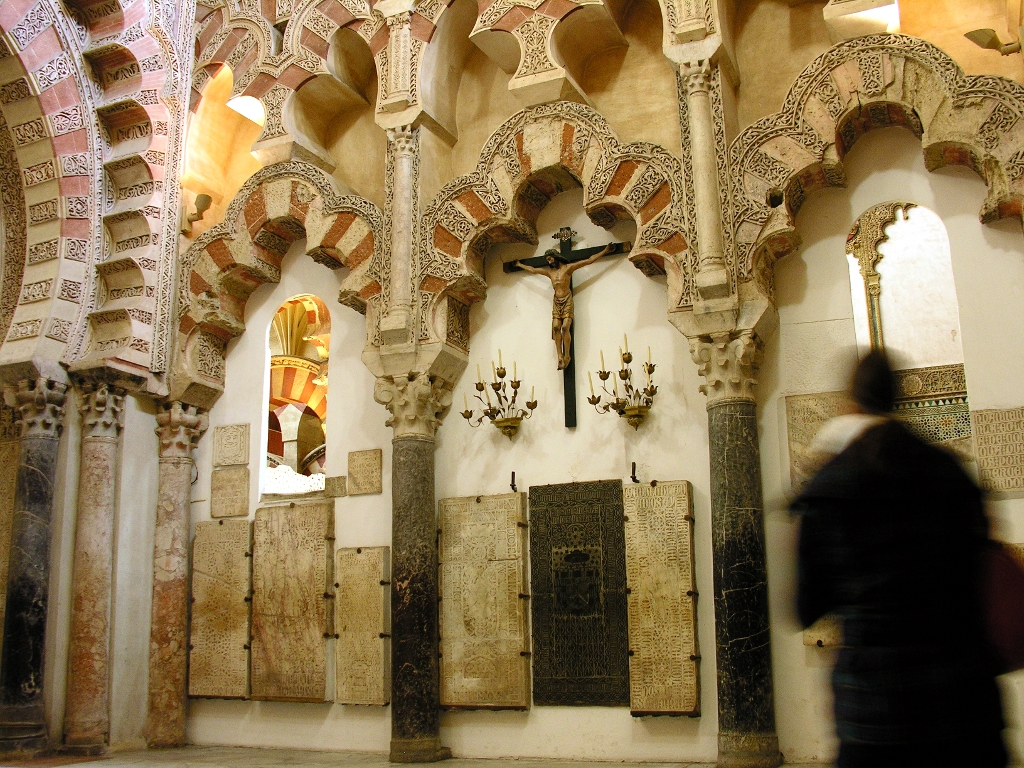 Next up was the Alcázar, whose gardens contain some very cooling fountains and basins. 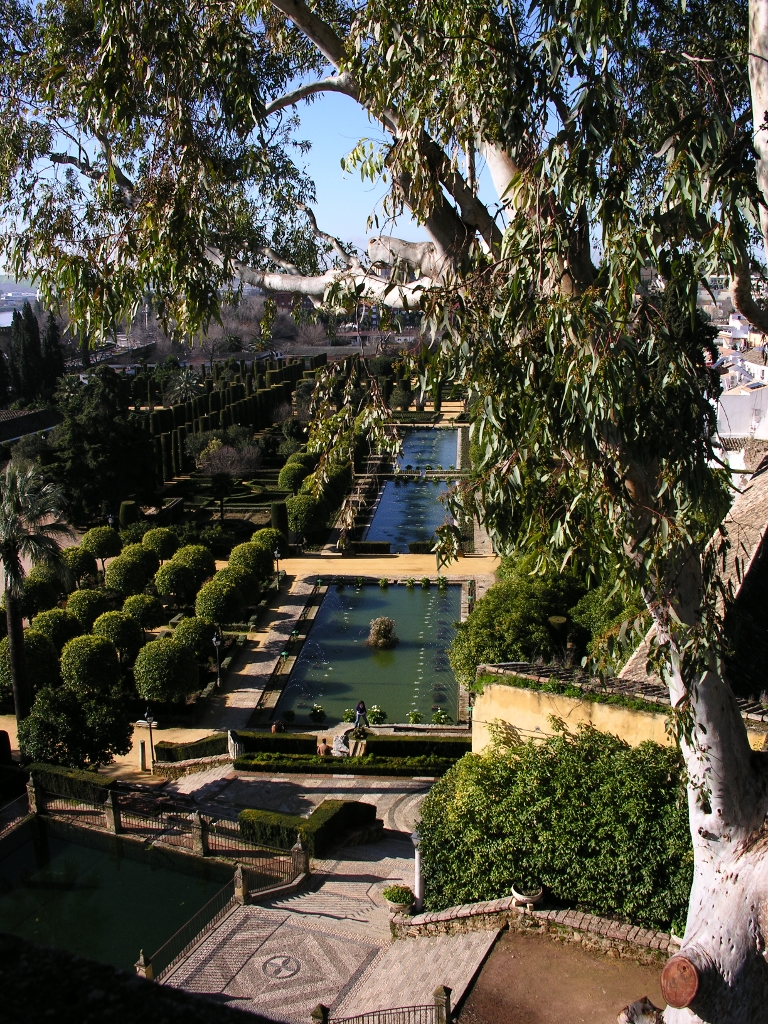 It also has a good collection of Mosaics from the Roman period, most of them dug up just around the corner from our hotel. 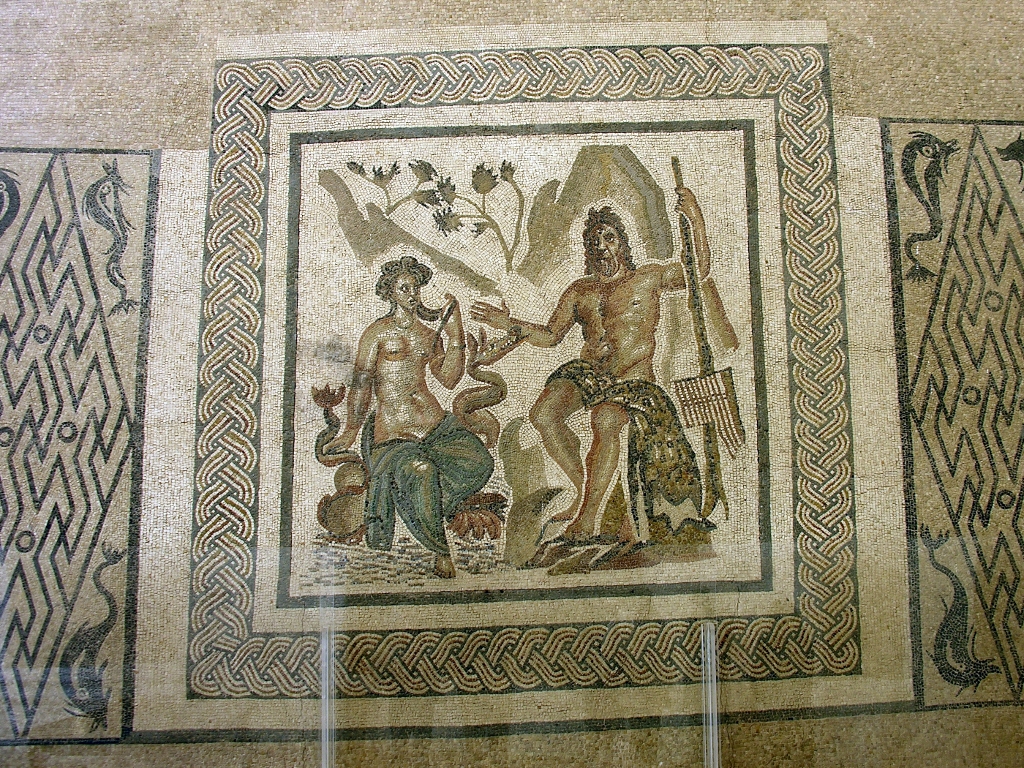 I had to rescue this dog who had gone for a swim in the basin near the ramparts. Getting in was, as usual, easier than getting out. 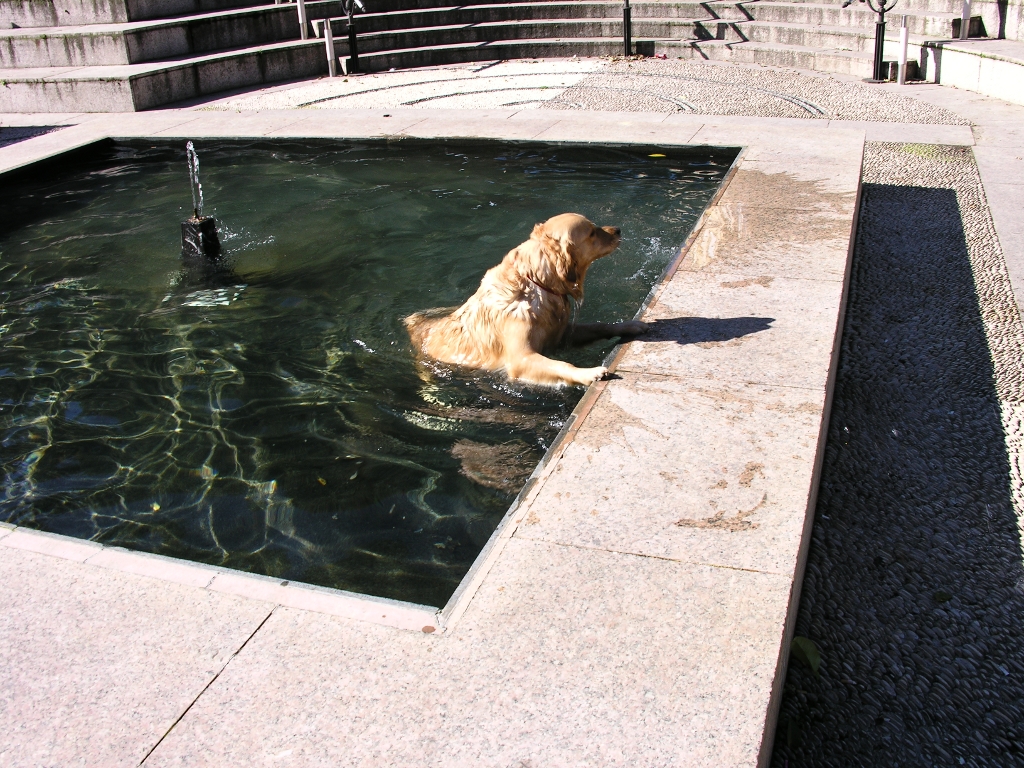 We visited a typical Sephardic house. This is the patio, with in the right foreground the well, and the right background a lift. Otherwise no doubt very authentic. 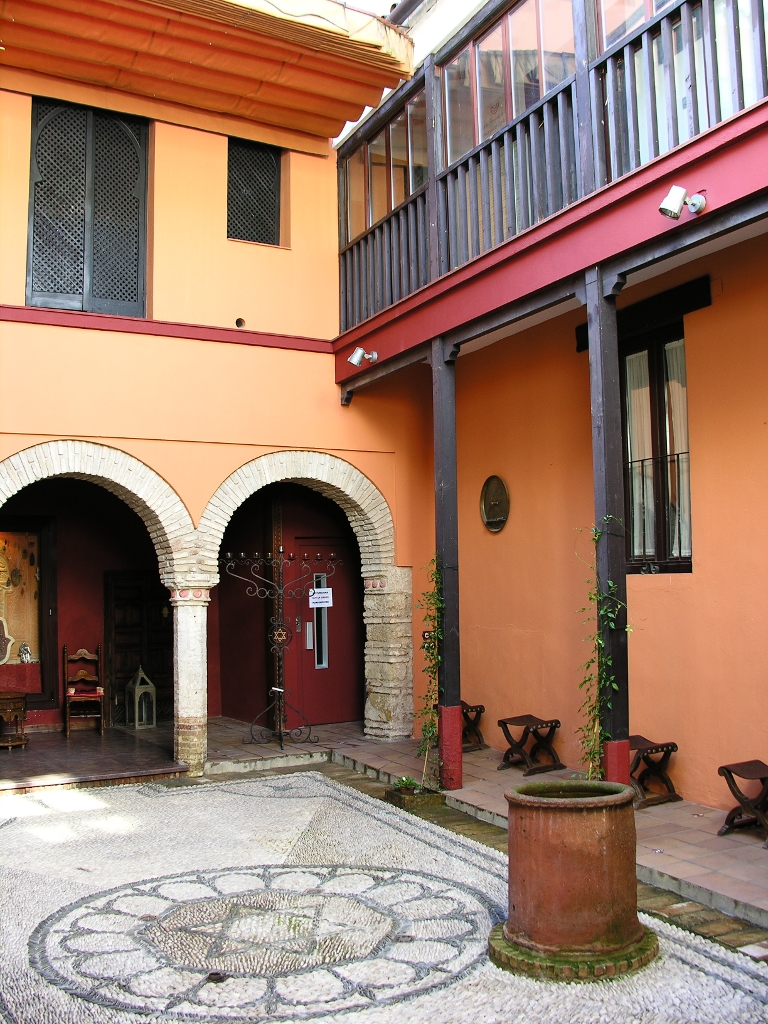 No, it's not a keyring, it is a candle holder. 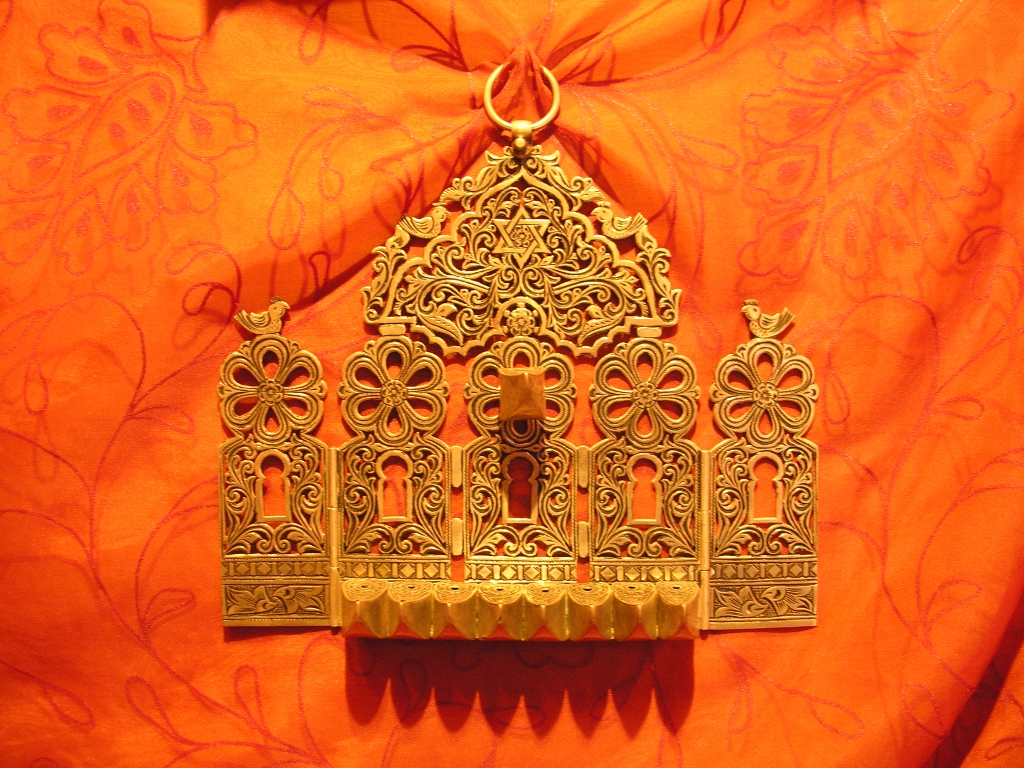 Cordoban houses often have a central patio, or two, into which you can see from the street. 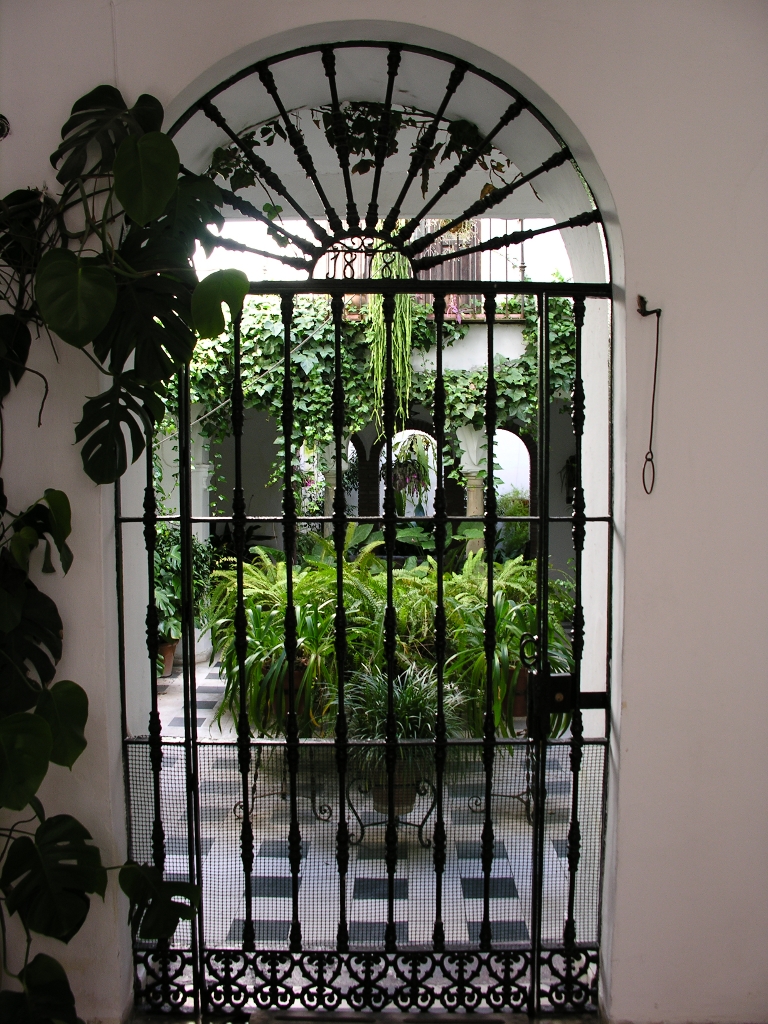 As in most cities, the garden is all container-grown, and aiming at cool shade rather than bright colours. 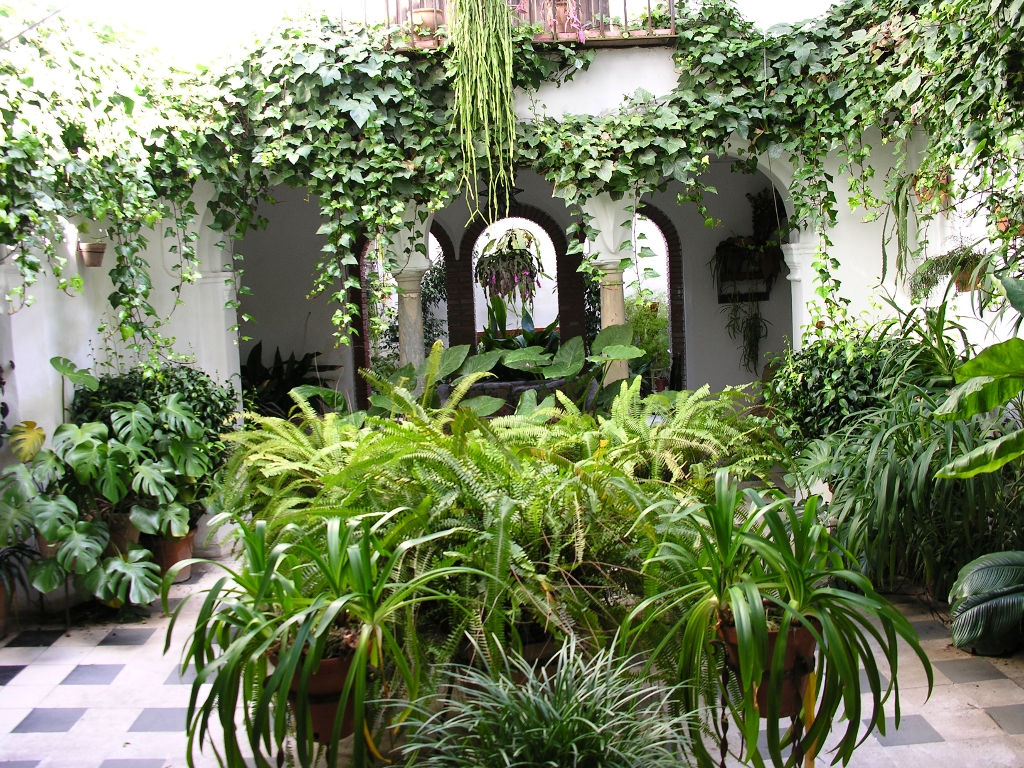 The Guadalquivir was in spate because of all the recent rain. This building (old mill?) is normally accessible from the river bank. 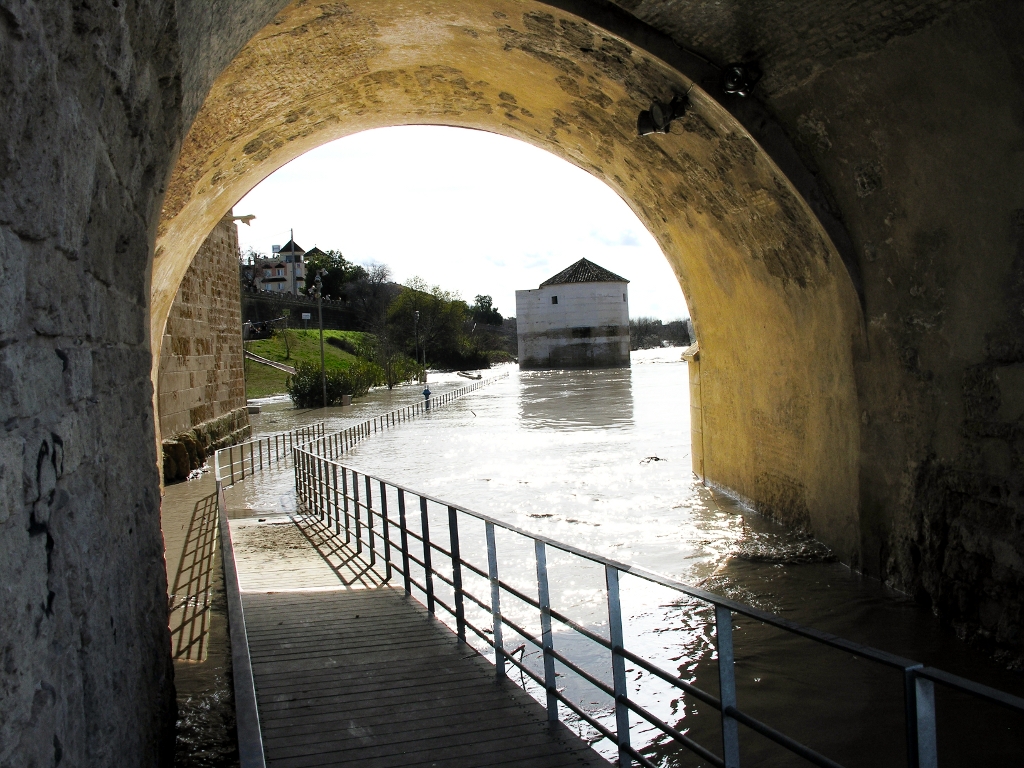 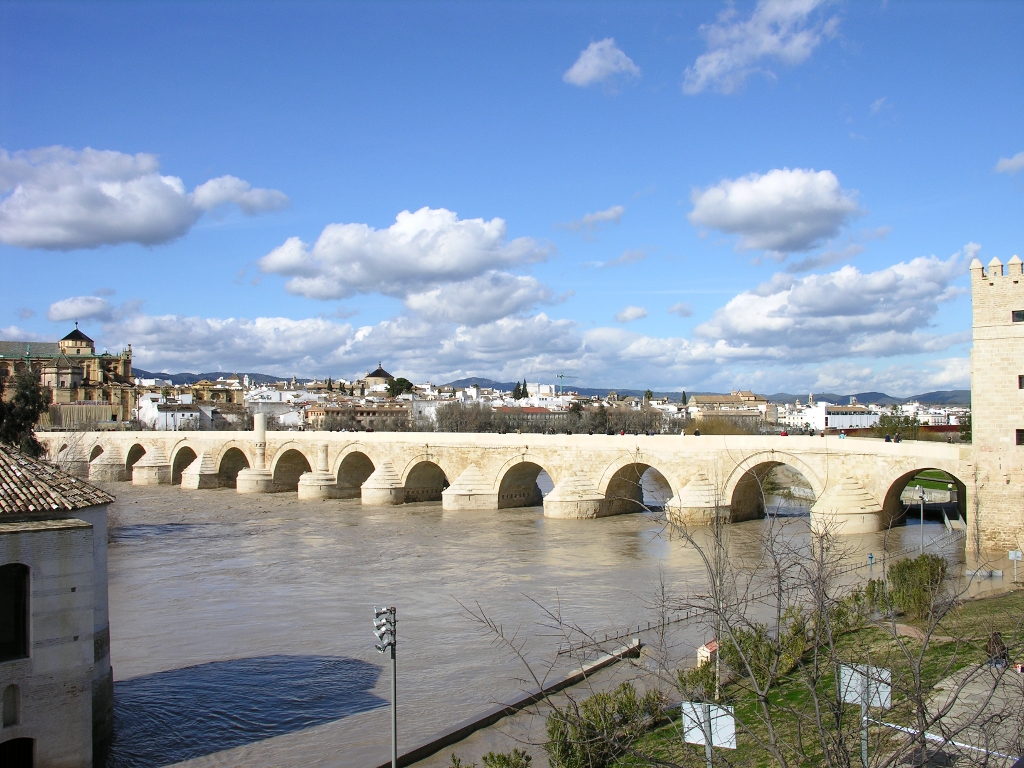 Spring has sprung earlier in Córdoba than in Italy 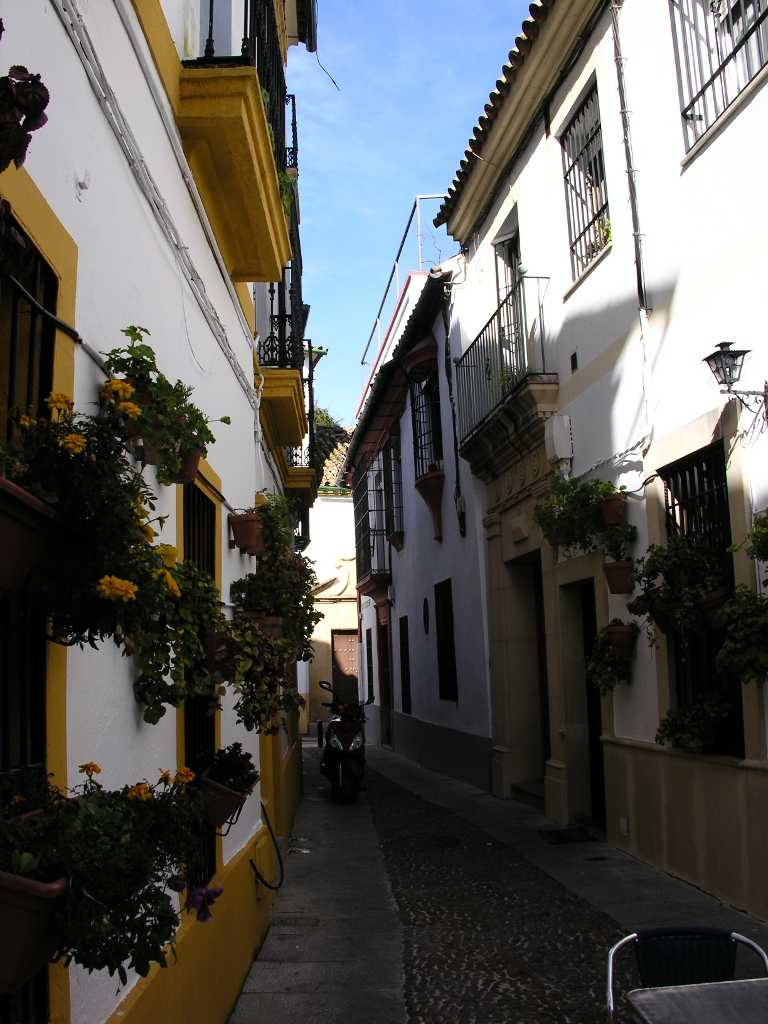