One of the Spanish Navy's largest bases on the Mediterranean coast, Cartagena was home to a young Spanish engineer who had an idea: a submarine that could fire torpedoes while submerged and under power. The submarine he built to prove these ideas is now on the quayside: 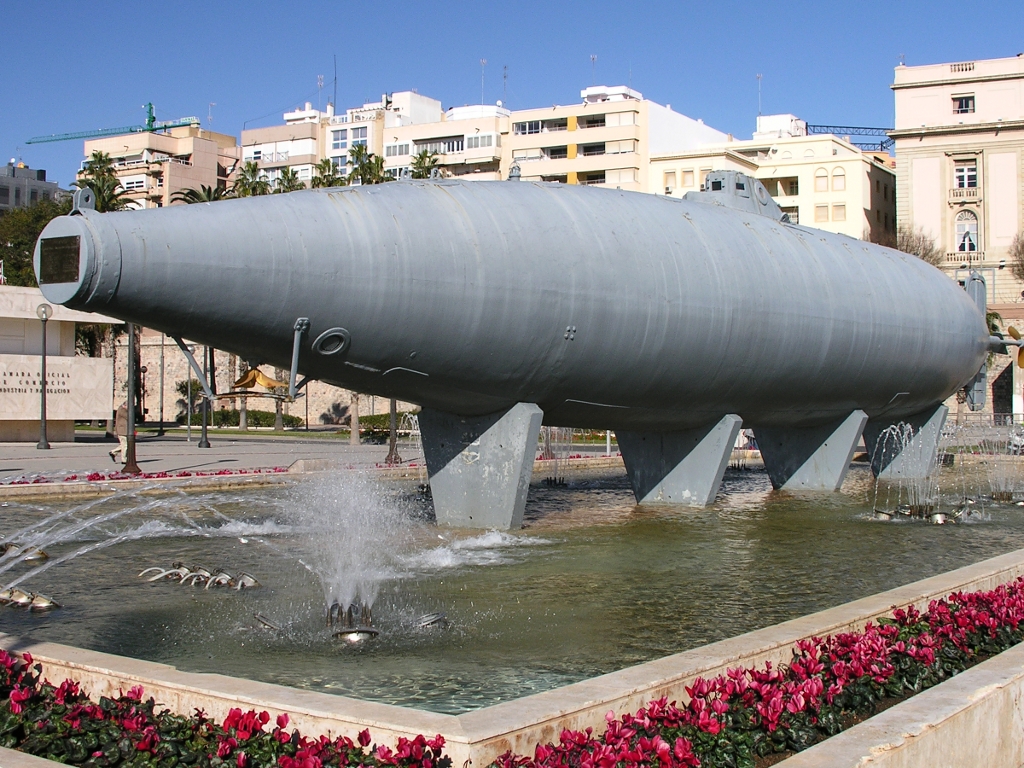 Here the stern, where one can see that the hydroplanes were very small in comparison to the rudder.. 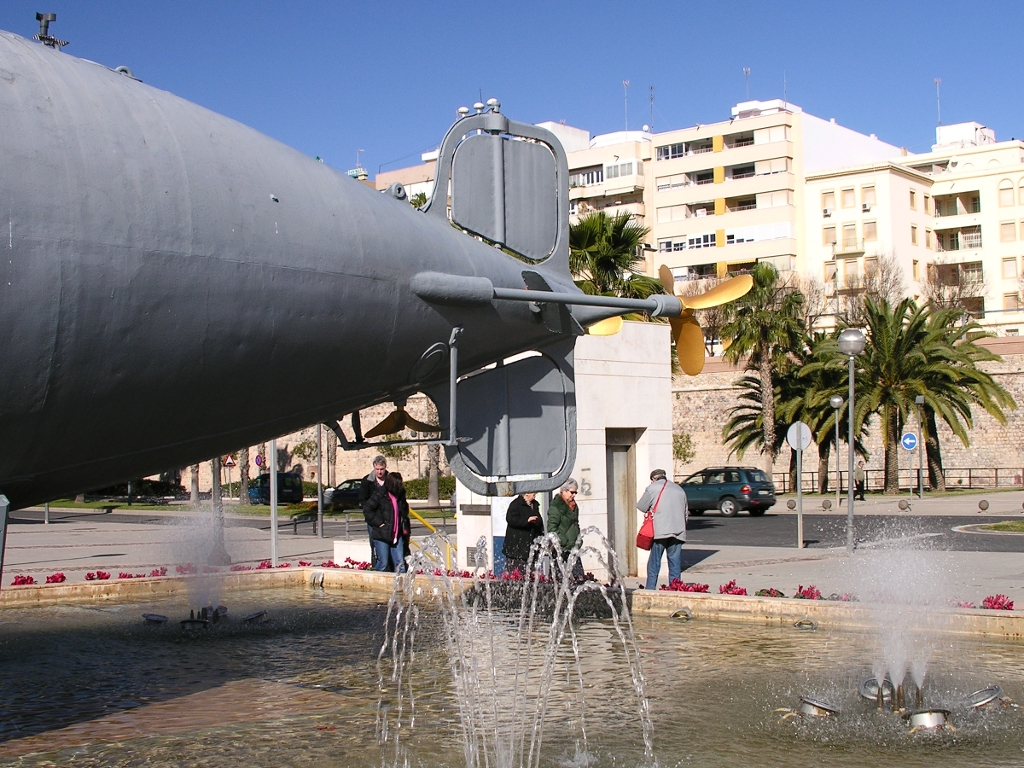 Like so many other inventors, Peral was the victim of jealousy, and the Spanish Navy abandoned his ideas. Many years later, when the did need a submarine, they had to buy it from the Americans; but at least they named it Peral in his honour. And the City of Cartagena erected this plaque. 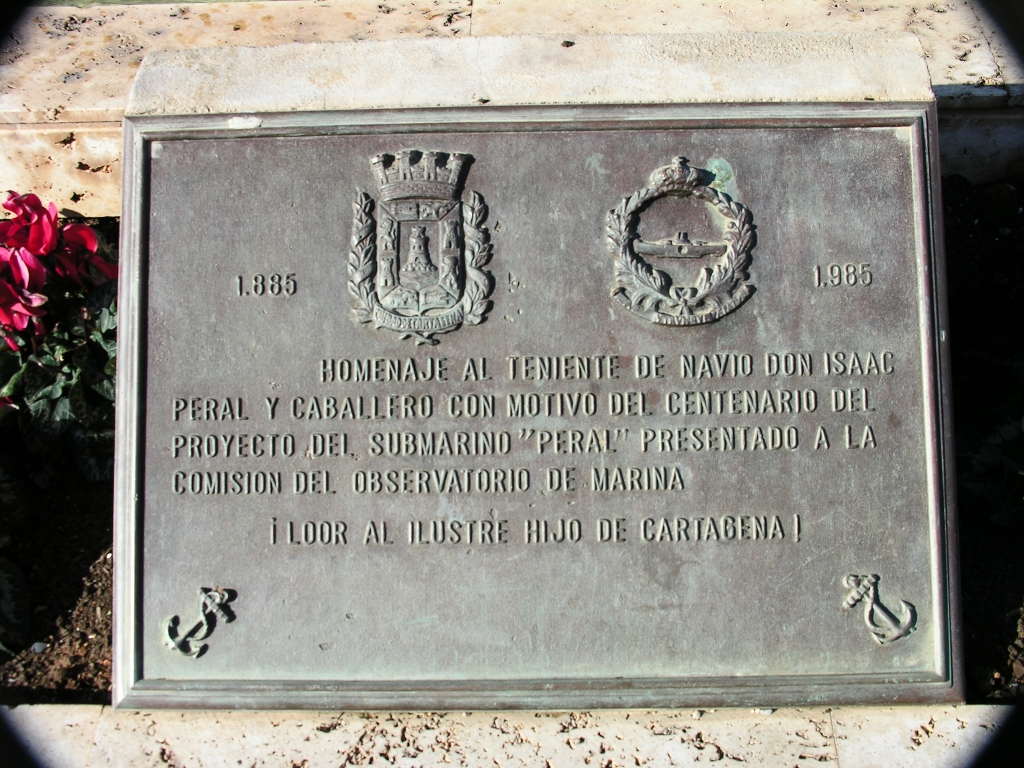