We had seen signs advertising the Holy Year pilgrimages to Caravaca while visiting Murcia, but these gave little explanation of why 2010 was a Holy Year, or indeed, why one might want to visit Caravaca. When we got home to Italy, I was able to find 2 Wiki articles which together explain it all. In the early 13th Century, Caravaca was part of the Kingdom of Murcia, whose Muslim ruler was called Benahud. He asked, out of pure curiosity, a captured priest (Father Ginés Pérez Chirinos) to celebrate a Mass. The priest refused, saying that he needed a crucifix. Whereupon two angels appeared, carrying a fragment of the True Cross, and placed it on the makeshift altar Benahud had had set up. This event to impressed the king that he and his court all accepted baptism as christians. Within 11 years, the Kingdom of Murcia acknowledged the sovereignty of Ferdinand III of Castile. Caravaca became and remains a place of pilgrimage (though the relic was stolen in 1934, and only replaced with another fragment in 1945). Pope John Paul II designated Caravaca as the fifth Holy Place, giving it the right to hold jubilee years every 7 years, the first of which was in 2003.

We were unable to visit the Sanctuary, or the relic, because road works and Peter's feeding schedule made it impossible to get near them. This long distance shot shows the Castle and Sanctuary, which we wouldn't have visited on architectural grounds alone. 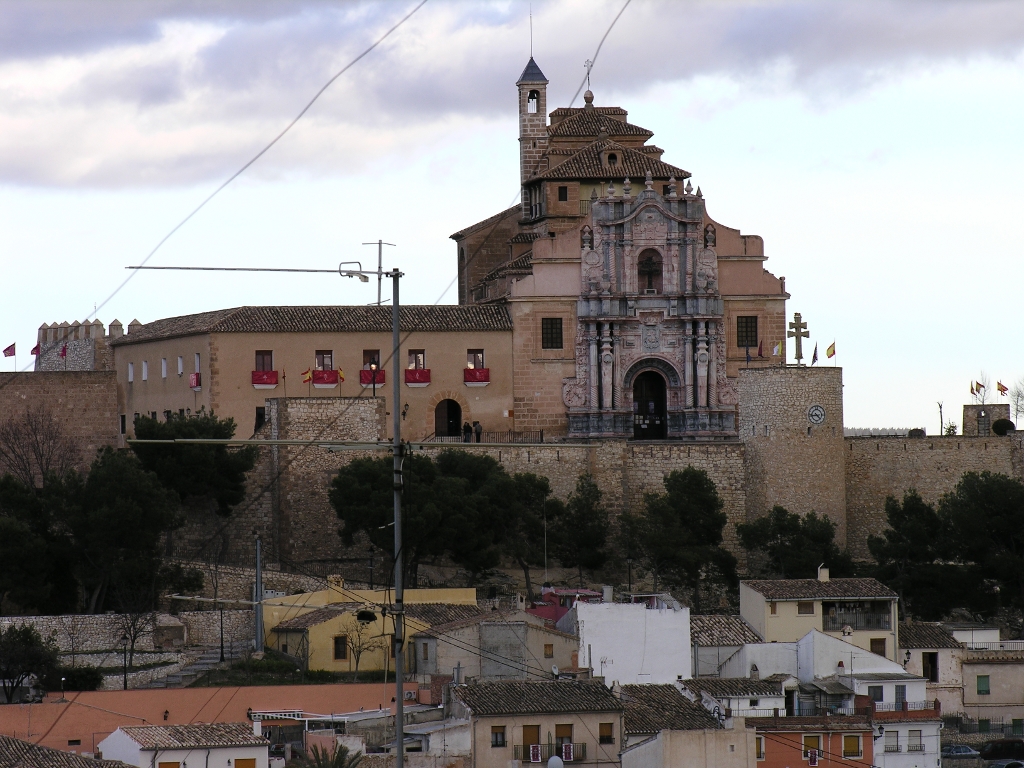 The old town of Caravaca is very hilly, as one can see from this show of the Granada road. 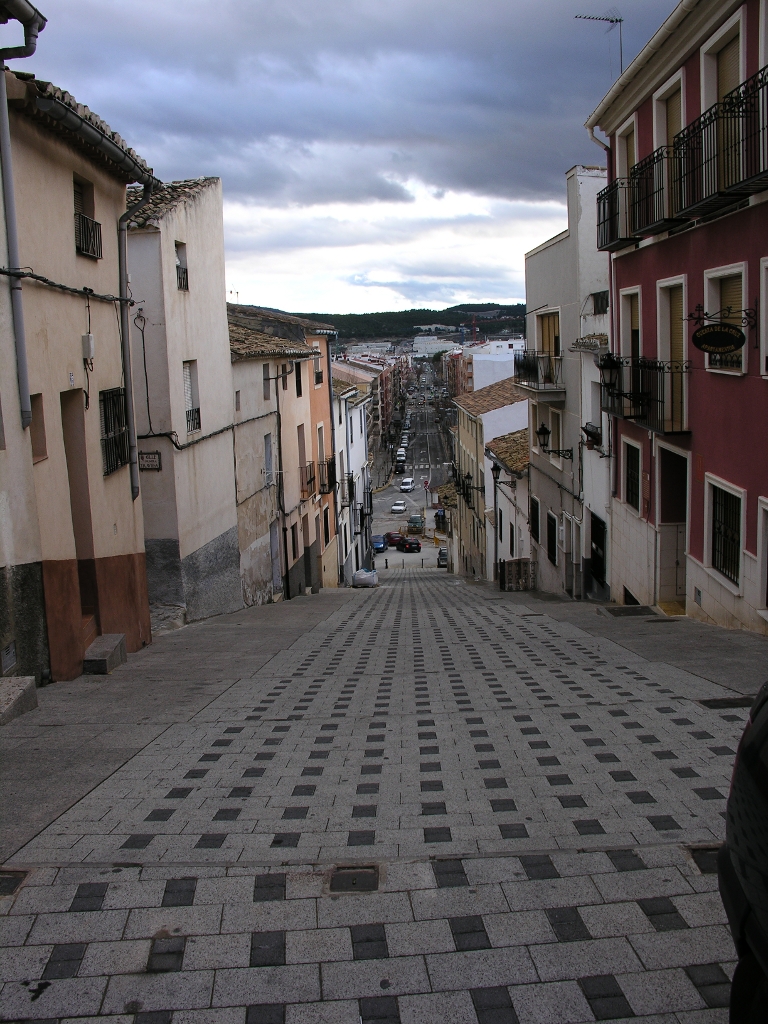