Baeza was a strategic frontier town on the border between the Christian and Moorish areas of influence, after Ferdinand III (the San Fernando in the song about the "Last Train") captured it in 1227. It is a UNESCO world heritage site, and has some of the best Italian Renaissance architecture in Spain, as well as some of the best Isabelline Gothic. It was on our way from Granada to Cordoba, so we decided to pay a visit.

This palace, now part of the University of Andalusia, has a fine Isabelline facade, so notable it is one of the 111 photos that appear in Sacheverell Sitwell's book on Spain that my parents gave me in 1965. 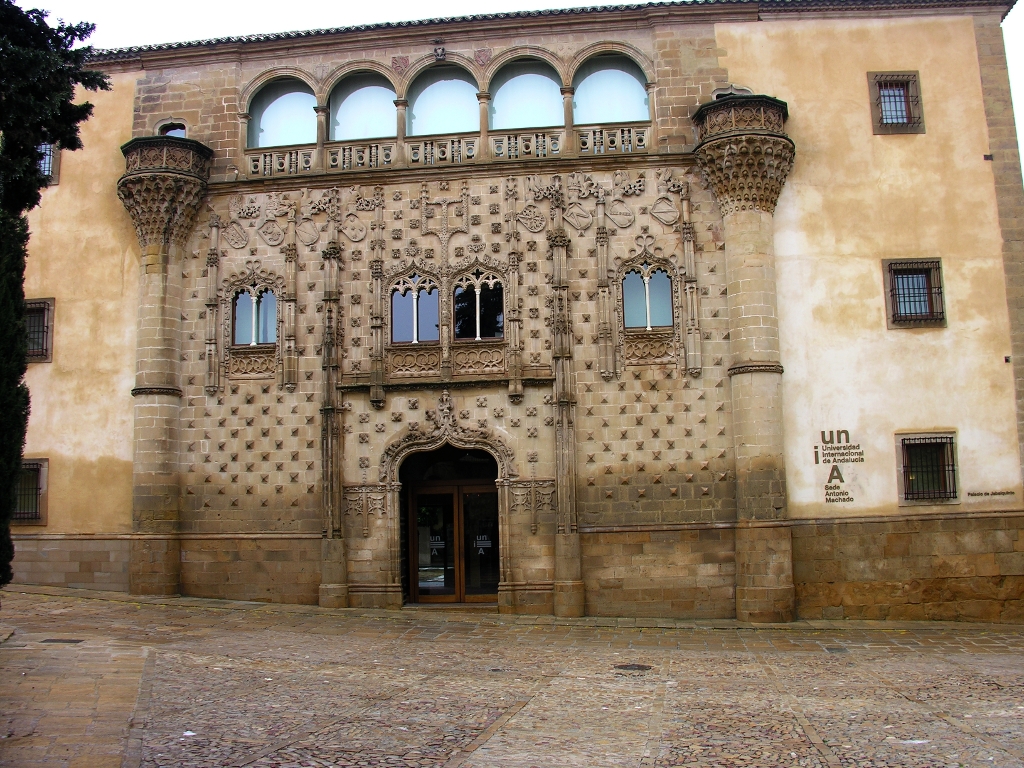 Our guidebook suggests that the first Mass of the Reconquista was said on a balcony in the Plaza de España. This was one of the many Renaissance houses in the square. 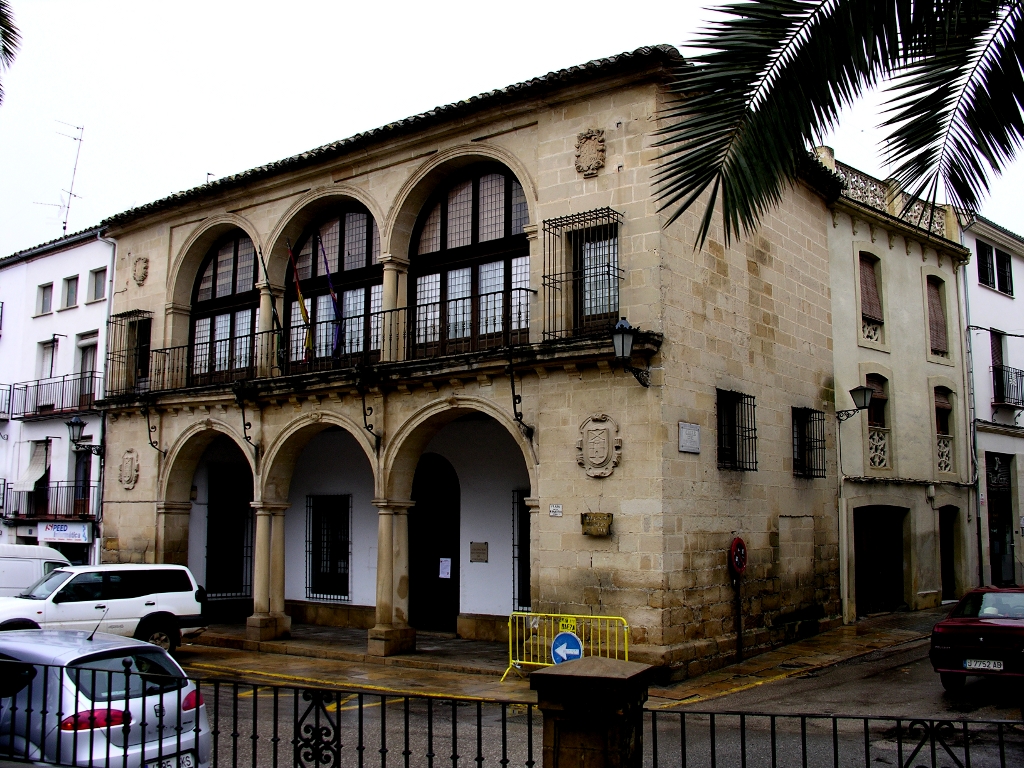 The weather was atrocious, and we were planning to have lunch in Úbeda, so we moved on.